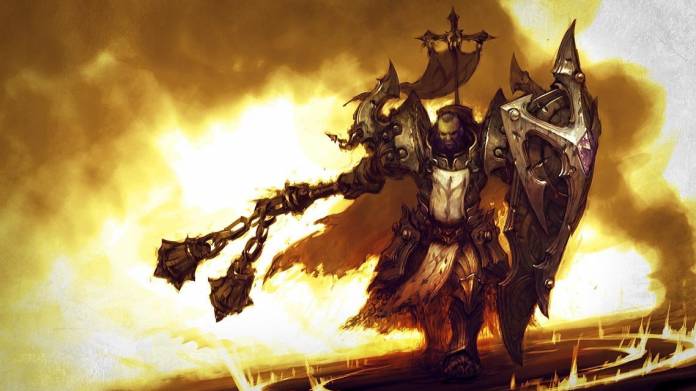 Coming up with hero concepts for the Diablo and Warcraft universe in Hots got us thinking. There is a lot of awesome skin opportunities that we would love to see added to the Nexus.

On this list, we will go over our top 15 most wanted skins for Heroes of the Storm.

We will try to avoid some of the regularly requested skins, in order to maintain some sort of originality.

We also realize that some of these may be difficult to implement due to copyright rules etc. But if we can have the Star Wars Leoric skin, I’m sure Blizzard can find a way to implement these skins.

We will leave it up to you to decide which would be most awesome, in the poll on the bottom of this page.

Live on as a spirit when killed? check.

Sauron and Leoric are basically twins, and this would likely have to be a legendary skin, much like the Star wars skin already in-game. We realize that copyrights could make this tricky, but seeing as they are already so similar, they wouldn’t have to change much to make it very relatable to Sauron, without violating the copyrights.

Kael when he was under the influence of Kil’Jaeden

This one should be obvious. Some awesome green fire effects on his spells, some insane dialogue and maybe even release the skin with the hawk strider that he famously dropped back in the Burning Crusade.

It would be awesome to have a more dragon looking Brightwing skin in-game, and who better to draw from than Ysera the dreamer? And no, this would not exclude Ysera from being added as an actual hero, since their base model is so different.

Let’s pay tribute to one of the nicest looking tier sets from Wow, which is sadly very outdated, texture wise. However, a newly updated Nemesis set would look incredible on Guldan and again, a nice nostalgic reference for those Wow veterans.

Varian is the textbook definition of a wow warrior, with his charge, heroic strike and so on. Giving him the Alliance grand Marshall armor from Vanilla World of Warcraft would be awesome. The set looks great, and already have a shield, a 1 hand sword and a huge 2 handed sword. Much like the tier 6 Johanna skin, this would be a nice nostalgic breeze for veteran wow players.

Just like the Leoric skin earlier on this page, Gandalf and Medivh look incredibly similar, and it would not be hard to tweak a few things and make the reference clear. Once again, this had to be done without violating the copyright of course, but we have faith that Blizzard is capable of this.

Thrall with the classic grunt armor, axe and voice from the Warcraft RTS series

We are always huge fans of some good old Warcraft nostalgia, and one of the most iconic units from the Warcraft franchise is the basic grunt. It fits the Thrall model nicely, but would probably have to have an altered voice to make it interesting, but if it got the classic grunt voice, it could be pretty amazing.

Grizzly Chen with a honey pot

This should not require much explanation. Instead of a panda, Chen is a grizzly bear and wears a huge honeypot instead of his keg. Simple, easy to implement and could be quite nice. You might as well do it Blizzard.

We feel the Tal’darim is in many ways the coolest type of Protoss, and we need more skins themed around them. With the new, more aggressive Tassadar, this would fit nicely.

Nothing, and we mean nothing. Says ”tanky” quite like a warrior in wow with the tier 6 armor set and the Bulwark of Azzinoth. Johanna is already the definition of a tank in Hots and has a huge shield, which could easily fit the bulwark model.

I am personally not a big fan of Johanna, but this could singlehandedly make her my main, purely for nostalgic reasons.

Varian has quite a lot of CC, at least with his tanking build, and the sword and shield would fit perfectly as a truncheon and a police crowd control shield. Just imagine Varian shouting ”NPD, Freeze!” every time he taunts. ( NPD = Nexus Police Department )

Full on green orc Rexxar, to make him look like Rehgar and have Misha look like the Wow druid bear form. This could make for some hilarious dialogue, as well as be a great reference to Broll Bearmantle as one of Rehgar’ gladiators.

Bestial wrath could also be changed to look and sound like Bloodlust.

Once again, this would not mean that Broll cannot be added to Heroes of the Storm as a hero.

This skin would fit the goofy nature of the Lost Vikings extremely well, and would probably convince more people to try the Vikings out. It also fits the fact that there is likely always 1 of the 3 Vikings ”afk”, much like in any LFR raid.

Even though it is a 3-in-1 skin, we feel like this would more than worth the extra man hours.

This skin is an absolute must Blizzard, there is no way around it.

Butcher have just the right amount of Yolo spirit to fit the Leeroy Jenkins fantasy. Just imagine the signature ”LEEEEEEEEEROOOOOOY AA’ JENKIIIINSS” shout every time butcher charges in. He would, of course, have to be armed with the iconic blackhand doomsaw, the valor shoulders and some iconic Leeroy catch phrases.

Not to mention the fact that most Butcher players tend to make at least a couple of ‘Leeroy Jenkins’ in their games. For those who don’t know, that means charging in with no regard for your own or your team’s life.

For those still hoping for Leeroy to be added as a hero, don’t worry. The Butcher model is so vastly different that the skin and the hero could easily co-exist.

1. Male/female version of the Nephalems

This would require a lot of work, but I think a lot of them would sell very well. Who wouldn’t love to play as a male barbarian or as a female monk? This will likely never happen since it would require more work than any other skin, but we pray that Blizzard does find the time.

Let us know which skin you would love to see