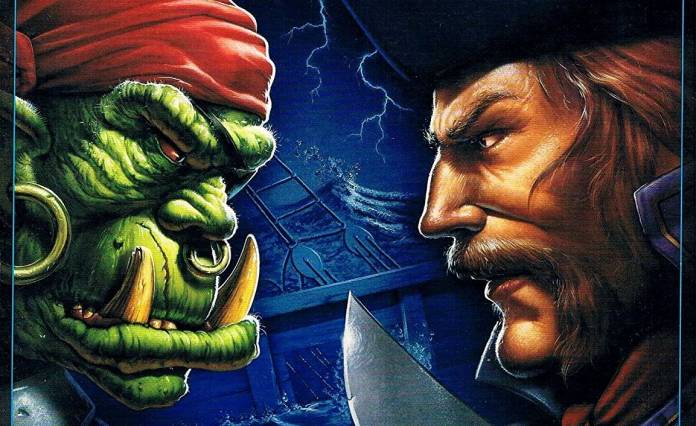 This article contains 3 of our concepts for future World of Warcraft expansions that we think would be awesome.

I think it’s safe to say that the latest World of Warcraft expansion, Legion, have yet to disappoint for the vast majority.

Some people may find it too grindy or too alt-unfriendly, but Legion is anything but ”another WoD flop”.

Legion is filled with content, and Blizzard is more than holding up their end of their promise. Which was that this expansion would have a steady flow of content.

Some people are even complaining that there is too much to do and that patch 7.2 is coming too soon.

But with our faith in Blizzard restored, we started to speculate about possible future wow expansions that we would love to see.

Note: Often discussed expansions, such as the ” south sea ” expac will not be mentioned here and we tried to be somewhat original.

Setting: All out war between the Horde and Alliance.

Area: The other side of Azeroth

New Races: Ogres and Vrykul. Ogres would heavily fit the orc vs human theme, and the Vrykul would be ideal for this type of expansion, simply because they are essentially Vikings and we would be going to literally raid the other side of Azeroth. However, this could be tricky lore wise, since the Vrykul would likely consider the Alliance too weak. But it would essentially just have to be 1 major Vrykul clan joining the Alliance, and it would be quite easy to give that 1 clan a decent reason to hate the Horde.

Concept: We feel it would be awesome to have just 1 expansion where the Horde and Alliance do not get along for the greater good, the game is called World of WARCRAFT after all. This expansion could start off with igniting the spark between Greymane and Sylvanas, as well as Jaina and the Horde. Meanwhile, we discover that the other side of Azeroth holds quite a lot of unexplored land. So while leaders like Anduin and Baine want to solve this peacefully, Sylvanas, Greymane, Jaina etc. decide to claim this new land for their faction. Causing an all out war between the Horde and Alliance. This could be an interesting way of trying to force Baine and Anduin to see that you cannot solve everything peacefully and put them out of their comfort zone.

You might be thinking, well what are we gonna raid stupid? Obviously, there should be raids since it’s the one thing that wow has always done well. Either the raids could be focused around conquering these new lands, or they could slowly build the next expac up(being the old god, naga etc. inspired).

While this would put raiding in the backseat in terms of the story progression, it would not mean that they couldn’t make awesome raids. It would also be fun to see an expansion with a lot of PVP driven story. Think Mist of Pandaria, without the Pandas and without one clear villain but instead, both sides go all out.

Concept: After our trip to Argus we come back to a planet that has been completely conquered by the old gods. On top of this, we also come back severely weakened and with not a lot of troops left. Just to be clear, we do not mean that the old gods have returned, we mean that they have successfully conquered the vast majority of Azeroth, like in the times of the black empire.

So instead of being the grand old Horde and Alliance, we would be refugees fighting to survive and retake our homeland. Much like the Suramar campaign, the theme is a revolution and trying to fight a superior power. Cities such as Stormwind, Orgrimmar etc. Could be conquered, much like Suramar city in Legion.

It would be awesome to have an expansion where we don’t feel all-powerful and for once are truly the underdogs. Story wise, the Suramar campaign is one of the best things that Blizzard has ever created in-game, and we would love to see that concept expanded. And old gods have always been one of the most interesting parts of the Warcraft lore, and a good chance to explore more about the titan spirit Azeroth. Maybe even see her fight back.

Obviously, there are a few zoning issues since Kalimdor and Azeroth would have to be somewhat changed, but this is nothing that the new Blizzard tech cannot handle.

Note: The concept of an old god expansion is anything but original, but we feel the twist in this concept makes it worth mentioning.

The Sands of Time

Setting: The Infinite Dragonflight seek to alter key points in time and we need to stop them.

Area: Old Kalimdor, Eastern Kingdom, Northrend etc. With Caverns of Time as the Sanctuary and main base of the expansion.

Main Characters: Chromie, the Bronze Dragonflight, and heroes of old. Could be any beloved Warcraft hero from the past.

Villains: Murozond and the infinite Dragonflight.

New Class – Time-Keeper: In order to properly fight the Infinite Dragonflight and protect the space of time and destiny, the Bronze Dragonflight have bestowed a small portion of their power to a group of chosen mortals. These keepers of time are able to alter the fabrics of time to either inflict or prevent damage.

Concept: Before you lose your mind, NO this would be nothing like Warlords of Draenor. The zones would be built around different times in history, but we would not connect 2 timelines directly. These places would be on our timeline, and not an alternate one.

The Infinite Dragonflight has grown in strength and has gone back to change some major events and characters, in order to weaken and destroy the Azeroth as we know it. This could create the most interesting leveling experience to date. With the Caverns of Time being the sanctuary(Dalaran), and each zone being completely different in both location and time. Allowing us to engage with some of the greatest characters throughout the Warcraft lore.

The zones are of endless possibilities, but a few cool ones could be: The troll wars, the first war, Arthas’ journey etc. In all of these zones, the infinite Dragonflight would seek to alter a certain character or event, like changing Illidan’s faith by making him a successful student of druidism. Preventing us from having our most powerful asset against the Void. Making sure Tirion killed Eitrigg, allowing him to stay as a paladin of the Silver Hand, which would likely cause his death when Arthas and the scourge eliminated the order. Without Tirion, Arthas and the Scourge would likely still be a threat.

This kind of expansion would also allow for some incredible dungeons, raids and even battlegrounds. A Caverns of time expansion would basically allow the Blizzard developers to go absolutely crazy and allow them to bring even their most insane fantasies to life. If we take a look at the reworked Karazhan, we can see that when the Blizzard team is allowed complete artistic freedom, magic happens.

We realize that there is always a ton of issues with expansion concepts, and always a hundred reasons for why they probably won’t happen. However, this is pure speculation for the fun of it.

We would LOVE to see your ideas and concepts in the comment section, or any improvements you may have to our concepts.