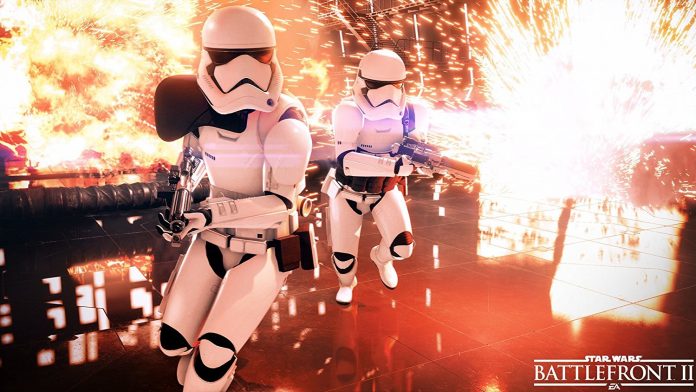 2017 were a pretty great year for gaming with incredible titles such as Zelda Breath of the Wild and Horizon Zero Dawn. However, as always, we also saw a couple of huge disappointments throughout the year.

Highly Anticipated Games That let us down in 2017

For Honor! When bugs and servers allow it

One of Ubisoft’s big new titles. For Honor managed to gain an exceptional amount of hype before its release. The concept felt new and fresh, the game looks beautiful, and Ubisoft put quite a lot of money into advertising. However, while For Honor is in no way a horrible game it did fail miserably in many significant ways.

It released with perhaps the most unstable servers of any online game in 2017. Pair that with a ton of glitches, bugs and a campaign that is nothing more than a glorified tutorial you have got yourself an altogether unenjoyable gaming experience.

While the game is better now than at release, it does seem like Ubisoft just chose to abandon ship as the game is still ripe with glitches and bugs so long after it’s release.

One Loot Box to Rule Them All, One Micro-transactions to find them

With the success of Middle-earth: Shadow of Mordor, the bar was set high for the sequel, Shadow of War. It was clear that the developers wanted to make this one bigger and better than the first one. They succeeded with the first but sadly failed with the ladder.

Once again, this is not a downright ”bad” game, it is, in fact, a delightful game that got so many things right. The world is bigger, the nemesis system is expanded upon, as well as the gameplay. Now you might wonder what could ruin this game if it is, in fact, better than the first in many ways? One word, microtransactions.

The end game is artificially stretched out to make the microtransaction system more appealing and primarily ”force” you to spend additional cash on the game you already paid for. Unless you want an unbearably slow and drawn out late game.

Another great game ruined by the greed of the developers.

Want a quick match? You have to take that up with headquarters private!

Activision finally did what fans of the Call of Duty franchise have been asking for years. Abandon the futuristic warfare and go back to its roots. In this case, World War 2.

The game looks beautiful, and it also runs quite smoothly, but that is about as positive as I can get. It has the blandest collection of multiplayer maps, the most greedy loot box system yet and an absolute lack of weaponry and customization.

It seems they chose to abandon one of the only good things about the more recent Call of Duty games. Customization, choice of weaponry, perks, etc. And went back to the old days of very little to no player choice.

All of this combined with the new forced ”Headquarters” system made sure that COD: WWII was a huge disappointment, but a very successful one at that. So Activision will likely not change their mindset for the next Call of Duty game.

Better to release an unfinished game than to lose money

This one still hurts. Mass Effect Andromeda is the perfect example of 1 huge issue ruining an otherwise great game. Unlike others on this list, Andromeda was not destroyed by loot boxes and microtransactions but rather by graphical issues. To be more precise, the facial animations are entirely off.

Mass Effect has always been a story and character driven franchise, which is why horrible facial animations is a huge issue.

The gameplay is really good, and the in-game systems are also really enjoyable, but none of that matters much when you cannot believe a second of the story telling in a story driven game.

Mass Effect Andromeda could have been one of the best games of 2017 but ended up as nothing more than a internet meme.

May the cash-grabbing be with you. Always

Alright, so you own the rights to one of the most popular and beloved franchises of all time, Star Wars. You are one of the biggest Juggernauts in the gaming industry with an almost unlimited budget.

You have two options. Make a fantastic game that is everything the fans of Star Wars deserve or you can make a mediocre game and make it the most expensive game of all time due to its brand. Easy choice for EA, option number two, please.

Star Wars Battlefront does not only have the most expensive collectors editions of all time, but the entire game is created in a way that continually tempts you to buy more loot boxes. If you refuse to spend more money on loot boxes you will have to play a ridiculous amount of hours to unlock all characters in the game.

With a Metacritic user score of 0.9/10, you might assume that EA learned it’s lesson but the truth of the matter is that Battlefront is still one of the best selling games of 2017. So likeliness is that EA is pretty satisfied with the result of Battlefront 2.

Every single game on this list was ruined by the greediness of the developers. Whether they were instantly abandoned due to being a bad investment, released too early as to not lose money or just ripe with microtransactions. The truth is that the ”microtransaction culture” is not going anywhere as long as players keep supporting this behavior.

While all of these games were major disappointments and were nothing more than cash grabs. They are all among the best selling games of 2017. So it’s no wonder that developers keep pushing the boundaries of their greed.