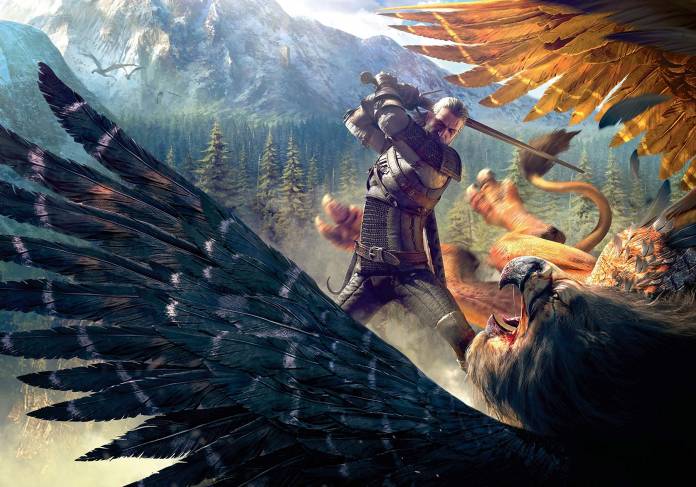 The Witcher 3: Wild Hunt is without a doubt one of the best games of all time. These are the 5 things that we think they did better than everyone else.

I think we can all agree that the Witcher 3: Wild Hunt is one of the best RPG’s ever made, maybe even the best of all time.

There are countless reasons for its worldwide success and general appeal.

In this article we will go over 5 things that made The Witcher 3: Wild hunt stand out from the crowd.

We could easily have mentioned 5 or 10 additional points, but we feel that these 5 are the most important to the discussion.

5 Reasons You NEED to Play The Witcher 3: Wild Hunt

No other game in recent memory has managed to create such a vibrant and living world. Most developers won’t bother making non-important NPC’s interesting, but CD Projekt Red are not most game developers. Every location, every city, and every village feel like a living and breathing community that would go on living even if you stopped playing. Children playing in the streets, couples arguing, women gossiping and drunks insulting each other. These are all things you will find in the open world of The Witcher 3, and they have been implemented for no other reason than to create an immersive gaming experience.

Geralt’s beard even grows with time and need to be cut at a barber shop if you don’t want it to be too long. This is a testament to CD Projekt Red’s integral attention to detail and proves that they do not mind putting a lot of extra hours into development if it improves the game even a tiny bit.

Most gaming developers follow the same recipe: make a semi-engaging main storyline to keep people interested, and then fill the world with generic, repetitive and soulless side quests and objectives (yes, I’m looking at you, Ubisoft and Bioware). Purely put in the game for the sake of prolonging the lifespan of the game with minimum effort. This is the way most games are designed nowadays, especially open-world games. Just look at Dragon Age: Inquisition, Far Cry 4, Mass Effect: Andromeda and many more. It is an extremely efficient way of making games, at least if you count money as the most important factor. However, it never pays off if you look at the actual games.

However, it is not the only way to make games, as proven by the two most dedicated gaming developers on the market.

Instead of making some horrible side quests to fill the ”hours to complete” bar, they chose to put all their focus on creating one incredible story, as proven by both The Last Of Us and the Uncharted series.

The Witcher 3 is a good 200-hour experience if you choose to do all the side objectives and quests, and that is without the expansion packs. With the Hearts of Stone and Blood and Wine expansion packs, it’s closer to 300 hours than it is to 200. This is impressive in and of itself but consider the fact that almost every single side quest in The Witcher 3 is interesting, engaging, unique in some way and even has a big impact on the lore in some cases. Side missions can include usurping emperors Game of Thrones style, deciding the fate of entire villages, but also small and more intimate quests. The most generic Witcher 3 side missions are probably the monster hunts, and even those tend to have some sort of big or small twist to make each one unique.

This is the two ways that games should be made, and it proves whether a game developer is in it for the money or for their love of their games.

A lot of games advertise the fact that they have ”choice” in them, and that you can decide how the tale will turn out. This is almost never the case. Look at games such as Infamous, Dragon Age: Inquisition, Far Cry, and Even the Elder Scrolls Skyrim. All of them have moments where you get to decide the dialogue and the outcome of certain situations, kinda. No matter what you chose in these games, the overall outcome is almost the same. Usually, they just grant you one or two unique lines of dialogue and that is it. The overall story and characters remain exactly the same, and it is easy to see why. Adding different outcomes with real consequences requires a LOT of work, and players will usually only see one of the outcomes either way, so why bother, right?

They really should bother, this is the reason that most choices in games such as Dragon Age: Inquisition or Skyrim had next to no payoff, at least in my opinion. No matter what you choose in the different situation, the outcome is stale and interchangeable from one another.

Even though I love Skyrim and think it was an incredible RPG, there was next to no weight in the player’s decisions. You can literally assassinate an emperor and not a single F will be given.
The side missions of The Witcher 3 have more real consequences than all those games put together. Your choice may result in people being saved, entire villages being destroyed and even result in the death of VERY important characters.

This is of course just the tip of the iceberg, and you will change the way in a thousand ways through your adventures with The Witcher 3, making your play through entirely unique. You can really feel whether or not a developer has real love for their game, and extra work really pays off.

TIP: Your choices will also decide the overall outcome of the main story line, so choose wisely.

This is a big one, and essentially what takes The Witcher 3 from being incredible to being perhaps the best game ever made. You can really feel that the story is not just created for this game series, but that it comes from a book series with deep and integrated lore.

A lot of games tend to have very poor or at best, decent writing and voice acting. The Witcher 3 rises above this and is more on par with Game of Thrones than any game in terms of writing, storytelling, and voice acting. Very few games manage to reach the level of story and character development that The Witcher 3 has. The Uncharted series, The Last Of Us and The Witcher 3 are perhaps the only games to ever truly ascend to this level, at least in recent years.

The story and the world of The Witcher 3 are without equal in my book, at least amongst games. There are real moments of heartbreak, joy, shock and any other emotion you can really think of. Usually, it is only movies, books and TV series of very high quality that can make us feel this way, but The Witcher 3 proves that games can be considered art as well.

This is true: people are known to get literally depressed for days or even weeks upon finishing The Witcher 3 simply because the characters are so brilliantly written that you get real emotional connections to them. While this is not exactly a good selling point, it is very impressive.

Pro Tip: if you feel down after completing The Witcher 3, do as I did. Read the books, play Witcher 1 and 2 and then finally finish off once again with The Witcher 3. This will postpone your depression for quite a while.

DLC, Seasons Pass, Deluxe and Premium edition. All of these are symptoms of the illness that are currently making its way through the gaming industry, and almost all major developers and publishers are jumping on the gravy train.

Activision, Ubisoft, EA Sports, Bioware and many more. All of these huge gaming developers are doing this cash grab trick: releasing 80% of a game only to put the rest of the game on as a deluxe or premium feature that you will have to pay 30% extra for.

In-game currency has received its own little corner of the Playstation Store, and it’s not hard to see why. Battlefield 1, For Honor, FIFA, Call Of Duty and pretty much any other online triple A title have a way of sucking as much money as possible out of their consumers.

One of the best examples of the classic DLC is to look at Dragon Age: Inquisition. They have released a ton of DLC for the Inquisition, which in itself is fine. The issue is that each of these DLCs is short, soulless and just an effortless way to grab some extra money from their dedicated fans.

CD Projekt Red chose to flip off the entire gaming industry and showed that they refused to do it their way. First of all, they released a ton of free DLC and patches for The Witcher 3: Wild Hunt, many of them the size of a classic Dragon Age DLC. They also released 2 pay-to-play DLCs, but with one major difference from every other DLC and expansion pack on the market: they were HUGE, especially the last one.

Well, this must mean that they cost a lot more, right? No, CD Projekt Red once again proves that they are complete ballers.

Size of DLC: between 10 and 20 hours of content, with around 15 hours being the standard time required to complete
Price: 10$

Size of DLC: This one is huge, and the average time to complete it is around 30 hours the main story and some of the side quests. A completionist is likely to spend over 40 hours on Blood and Wine. This is the size of a lot of great triple-A games on the market, and Blood and Wine could have easily been sold as a standalone game. It is roughly the size of Dragon Age: Origins, which is widely considered to be one of the best RPGs of all time. On top of the size of Blood and Wine, it is also an incredible tale on the same level of quality as the main game. It even has a 4.9 rating out of 5000 votes on the Playstation store and is the highest rated product on Steam.
Price: 20$

Size: Average completion time is around 90 minutes. This is not the best or longest of the DAI DLCs but it is a good example of the most common type of DLCs that developers throw out there.
Prize: 15$

While we are heartbroken that we will not see another Witcher game anytime soon, this is what makes CD Projekt Red so good and why The Witcher 3: Wild hunt was so good. Because they had a real passion for the project.

If you have not played this masterpiece of a game yet, then there is only one sane cause of action. Call in sick, buy everything you need in order to survive for a week, and play this incredible game.
Make sure to leave a comment below and let us know what you think of The Witcher 3.

Make sure to leave a comment below and let us know what you think of the Witcher 3.