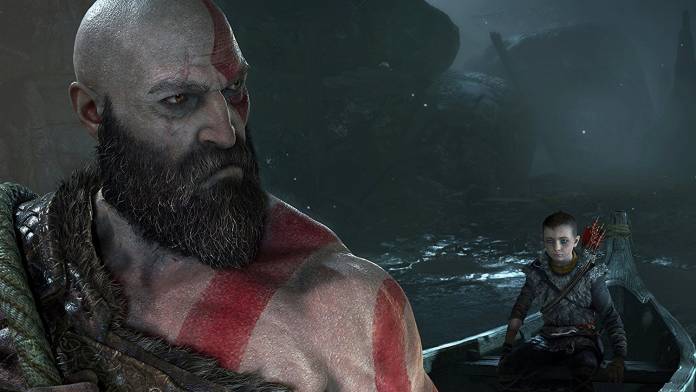 2018 has already been a good year for gamers, but it looks like April is going to take it to a whole other level.

So many anticipated games are coming to us within the next month, and the only downside is that many of them are PC or PlayStation exclusive.

Sorry Xbox One owners but this might be the month that you regret not going for a PlayStation 4 instead.

Without further adieu, let us take a look at the best and most anticipated games coming in April 2018. (Note: Some of these games have flexible release dates and may come out in may 2018)

This once turn-based board game is coming to PC in a big way in April. It is described as turn-based tactical ‘Mech combat and looks to be much like a classic strategy game but with a much larger focus on these huge Battletech mech’s.

From the beta, it is looking exciting and fans of the series as well as strategy nerds should definitely consider giving this a try come April 24.

This is one I am personally really looking forward to. Extinction looks like a modern Shadow of the Colossus with a story focused campaign to boot.

You play in a world where the human race is on the verge of ‘Extinction’ due to the relentless onslaught of 150 feet tall ogres. You are among the few humans capable of putting up a fight against these humongous monstrosities.

Extinction aims to provide a very skill-based combat system which has you climbing up and down of the enormous ogres to take them down, one slash at a time.

Secondly, they aim to provide an engaging and storied campaign, and if they indeed succeed with these two goals, then Extinction might end up as one of the best games of 2018.

On the surface, this game has the simplest of objectives. Your city must survive. However, by the looks of it, Frost Punk might be one of the most complex games coming to the market with both tactical and morally complex choices to be made.

”Will you allow child-labor? How will you treat the sick and wounded? Frostpunk challenges a player’s tactical skills, while questioning one’s morality.”

I am a sucker for both morally and strategically complex games. You will not just be building structures and managing the infrastructure. But you will also create an entire society, its laws, as well as explore the world. All the while you try to maintain hope among a struggling people living in a harsh world.

This is SimCity, meet Civilization, set in a Fallout-like world, and if they manage to reward tactical skills correctly then, this will likely steal more than a few hours of my life.

As a fan of Total War: Empire and Napoleon, in particular, I am so thrilled to see Total War returning to their roots of historical conquest. Thrones of Britannia puts you in the seat of power for all of the most noteworthy nations throughout Britannia history. Such as the Gaelic King Flann Sinna and even King Alfred the Great.

This is a must have for any history geek as well as longtime fans of the Total War franchise. Their latest installment, Total War: Warhammer 2 was excellent, and I only hope the trend continues with Thrones of Britannia.

A game that truly deserves more hype is the sequel to the user and critically acclaimed 2015 role-playing game, Pillars of Eternity. It would have gone down as the best RPG of that year in my book if it wasn’t for the Witcher 3 which is hardly something you can fault it for.

I have such high hopes for this release, and considering how brilliant the first game was I would say my faith is well deserved.

This game is for every fan of high fantasy, classic RPG’s and of great games in general.

If you are looking for a genuinely life-like and immersive role-playing action experience, then look no further than the Yakuza series. This is a series that is renowned for being one of the few games that provide value to the player first and foremost. In other words, the Yakuza series put itself next to the likes of the Witcher 3, Uncharted and the Last of Us. For these guys, it’s all about making a fantastic game for the players, which is more than you can say about quite a few big developers today.

Explore the world of the Yakuza in what looks to be the most realistic game in the franchise yet. Yakuza 6 seems to offer something for everyone. If you are tired of beating people up, you can try one of the many (usually) well-crafted mini-games. Such as karaoke, batting cages, darts, and many more.

It shouldn’t come as a surprise to anyone that everyone’s favorite greek god swoops in at our number one spot as the most anticipated game of April 2018.

Kratos is sporting a new beard in God of War 4, but that is not the only thing that has changed. He is a father, he wields a magical axe and has switched the greek scenery out in favor of Norse mythology. This means that instead of Zeus, Mercury, Hades, and the rest of the gang we will likely be fighting Odin, Thor, Tyr, and by the looks of it, the world serpent. And if fighting the World Serpent doesn’t excite you I don’t know what will.

Another exciting change of direction in the 4th installment is also the more substantial focus on the storytelling which could indeed be exactly what this franchise needs.

As a big fan of both God of War and Norse mythology, I am beyond excited for this release and the 20th cannot come here fast enough.