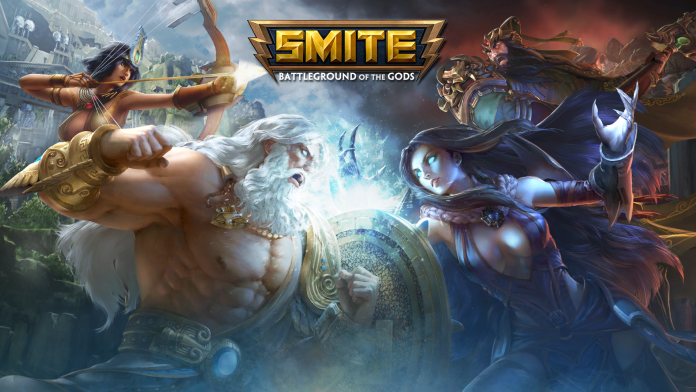 MOBA, short for a multiplayer online battle arena is one of the most popular gaming genres of our time. Originating from the popular Warcraft 3 mod, ”Defense of the Ancients” which saw ten heroes battling it out on a three lane map. While the core formula has mostly stayed the same with minion waves, jungle camps and unique heroes there have also been added a lot of layers of complexity and new mechanics.

The MOBA genre is the vanguard of modern eSports due to games such as Dota 2 and League of Legends with their huge player bases and insane tournament prize pools. We thought it time to find the best MOBA games of modern days.

The most popular MOBA

League of Legends were one of the first attempts at a MOBA game and calling it a success would be an understatement. Back in September 2016, Polygon reported that LoL had more than 100 million active players each month. A number that has likely only grown since then, looking at other factors such as Twitch viewers, Reddit followers, etc. Making it by far the biggest MOBA and even one of the largest video games in the entire world, across all genres.

The abnormally huge player base also grant endless challenges for the competitive players. The bigger the player base, the more skilled and capable opponents are there for you to take on. This makes it one of the hardest games, if not the most difficult in regards to climbing the ranked ladder. Not because it is the most difficult of the MOBA’s mechanically, but being one of the best out of more than a hundred million people is nigh impossible.

Not only is it the biggest regarding player base and viewership, but it also has by far the largest hero pool. It offers an almost endless amount of champions to try out, with a champion pool of currently 138. You won’t run out of new champs to try out anytime soon.

It is worth noting that League of Legends is infamous for its toxic community. So if you want a down to earth experience where you don’t have to worry about getting flamed too hard by your teammates, League of Legends are probably not the game for you. That being said, every online game with an in-game chat has some level of toxicity problem. League might be the worst, with Dota 2 close behind but you won’t find any MOBA out there with nothing but friendly teammates and happy vibes.

League of Legends is the blueprint MOBA and is the game which every new MOBA will be measured against.

Defense of The Ancients 2(Dota 2)

Biggest prize pools and most complex

Dota 2 stays very true to the original Dota mod in Warcraft 3. With everything from the map, champions, items, UI is very much like the original. Which can be both good or bad, depending on who you ask. If you want a MOBA that is very close to the Warcraft 3 mod, then Dota 2 is the way to go. On the other hand, the DOTA mod is ancient at this point, and the game can feel a bit outdated in several ways.

Dota 2 is the MOBA with the steepest learning curve and most complexity. Which once again, can be both a pro or a con, depending on what you like. If you want a game with a low barrier of entry, Dota 2 is simply not for you. The tactical depth of Dota 2 is insane, and there are a lot of advanced tactics you will need to learn to become half decent at the game. Denying minions from the enemy, item carriers and such are just a few of the game mechanics that add a new level of depth to the game but also makes it much harder to get in to.

One of the biggest downsides to Dota 2 is the pace. It feels incredibly slow compared to Heroes of the Storm and even somewhat to League of Legends. It’s effort to stay faithful to the original DOTA also makes it feel somewhat outdated. You might say that the hard barrier of entry is a good thing, as difficulty only adds to the gaming experience. However, the learning curve feels very unintuitive at times and feels unnecessarily complicated. So, unless you are ready to invest a lot of time into the game, it simply might not be worth it.

A definite positive about Dota 2 is the eSports scene. While not as big concerning viewership as League of Legends, it is one of the most popular eSports in the world, partly due to the absurd prize pools. With the International 2017 reaching close to 25 million dollars in prizes. Even LoL doesn’t come close to that.

As the MOBA genre originates from Warcraft 3 which is a Blizzard IP, it seems only right that Blizzard made their own fully fleshed out MOBA. Heroes of the Storm is significantly different from its biggest competitors, while still maintaining a lot of the ”MOBA feel”. For someone who has been playing MOBA’s since 2011, HotS is an incredibly refreshing change of pace.

Being different made Heroes of the Storm the target for substantial critique at its initial release in 2015, most of that came from the huge and vocal League of Legends and Dota 2 communities, who claimed HotS to be ”too easy” due to the removal of last hitting and team leveling. People were not exactly comfortable with the many changes. Heroes bring to the original formula in the form of team based leveling, removal of items in favor of talents, multiple maps with unique objectives, etc. However, as time has passed, it seems more and more people are coming around to Heroes of the Storm, and once you sink your teeth into it, it is not hard to see why. Pcgamer.com even listed it as the best MOBA on their ”top 100 games of all time” list.

Regarding actual game design, Heroes of the Storm is by far our favorite of the bunch. The addition of multiple maps and talents gives it far more replayability than any other MOBA out there. Back in the day, I didn’t mind playing League of Legends on the same map, over and over again. But once I got used to Heroes of the Storm I found it incredibly hard to return to Dota 2 and LoL. Talents make each hero more enjoyable as you can customize it to the map or team composition. Also making balance easier for the developers.

Heroes of the Storm also cut the arguably most ”annoying” part of MOBA’s by more or less removing the laning phase. The map specific objectives force teams to engage in team fighting after a minute or 2. Which gives it a nice pace and very little down time between fights. it also cuts the average map time down to around 20-25 minutes, compared to the 30-50 minutes industry standard. So if what you enjoy in a multiplayer online battle arena is the fighting, then HotS is the game for you.

While HotS don’t have nearly as many heroes as League or Dota 2 the removal of items and individual experience give the HotS hero design team a lot of creative freedom. This has lead to some of the most interesting heroes in the entire MOBA genre. Heroes such as Cho’Gall, which is a two-headed ogre that is being controlled by two players. Although it’s hero pool is less than half the size of League’s it is growing at a rapid rate, and a new hero is released every 3-4 weeks.

Heroes of the Storm is also doing pretty well on a competitive level, despite a plodding start. The addition of the Heroes Global Championship brings quality eSport matches almost every week throughout the entire year. It is incredible to see how much the game’s eSport scene has improved over the last year and we hope to see it continue.

Ever wondered who would win in a fight, Hercules or Thor? Well with Smite you can find out. It is the battle arena of the gods, and every champion, or ”God” in the game comes straight from all the different mythologies in history. You have gods from the Norse, Greek, Roman, Hindu, Mayan, Chinese, Egyptian, Japanese and Celtic. Which creates the setting for an epic gaming experience and it is undeniably cool to battle it out as some of the great gods of old.

Smite, much like HotS, dared to be different. While it didn’t remove a lot of the regular MOBA mechanics such as items, jungling etc. It did change from the normal bird-eye-view to a third person experience. Whether this was a good move or not up to me to decide, but it is one of the few MOBA’s that has managed to stay relevant through the years.

Much like with Heroes of the Storm, I love that all the champions added to the game are well-known fleshed out characters with a real background story. And that might be 1 of the things that drew me to spend a LOT of time in the Smite open beta, and I honestly had a blast. You can also buy every single hero in the game for some 30 bucks, which is insane compared to its competitors.

Now, the big difference is, of course, the third person view and the fact that auto-attacks are all skill shots. This gives it a very refreshing feel compared to the other MOBA’s on the list. However, if you love the classic MOBA style, it can be a huge con.

Graphically it is not quite as good as ”the big 3” and it does have a few mechanical and UI issues. It can be annoying that you cannot click anything with the mouse cursor once you are in-game. It can also feel a bit unresponsive when you compare it to the other big MOBA’s. But Smite is constantly evolving and gets better with each patch and definitely has a lot of potentials.

The third-person view gives it a whole new dimension and makes it a lot harder to anticipate ganks and your enemies location, which I really like. It also makes a lot of abilities feel epic, such as Thor’s Anvil of Dawn ultimate. Where you fly high up into the air and crash down to a chosen location. The third-person view is not only refreshing but also made it possible for Hi-Rez studios to make Smite available on consoles.

While it has a lot of things in common with HotS, as it is young, rapidly evolving and well-known champions. It has more in common with Dota 2 and LoL when it comes to game mechanics, as it sticks to the classic item and XP MOBA system.

I would recommend trying out Smite if you are bored of the standard bird-eye-view of MOBA’s and want to get in close and personal. Also, it is the only well-established MOBA that is playable on a console. It plays very nicely on both console and PC, and it has by far the cheapest champions of the 4.

Every single one of these games is excellent in their own right and which is ”the best” comes down to personal preference. I think Heroes have the best overall game design, while Dota 2 has an advantage when it comes to complexity, League might be the best for the competitively hungry player, and Smite is tons of fun as well. So I recommend trying out the MOBA you think sound most interesting and take it from there.

Apex Legends Review – Worth the Hype?

0
Razer Kiyo Pro Review -Razer's newest webcam a professional level of video quality and all the features a content creator may want, and then some.  Its...