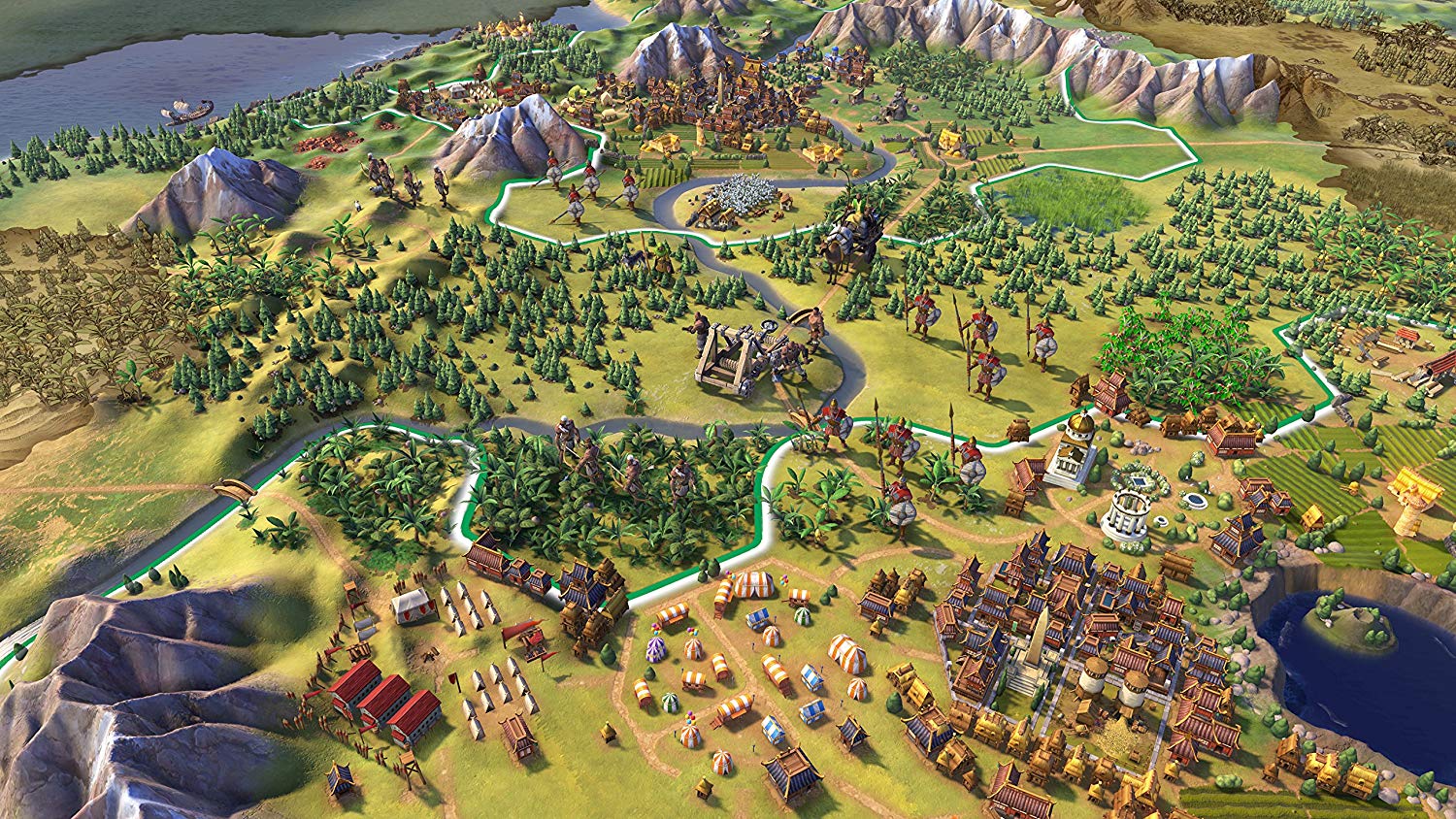 Strategy games might not be the most popular game genre in today’s market, but that doesn’t mean that there isn’t still fantastic ones to play.

So if you are looking for epic games that allow you to build armies and raise empires, then you have come to the right place.

Today we take a look at the very best strategy games that hold up well today, whether they are turn-based or real-time games, these are the best to play in 2019.

Note: The games do not have to be new or even recent to make it onto here, as long as the gameplay and graphics hold up today.

”Best Free-to-play RTS on the market.” 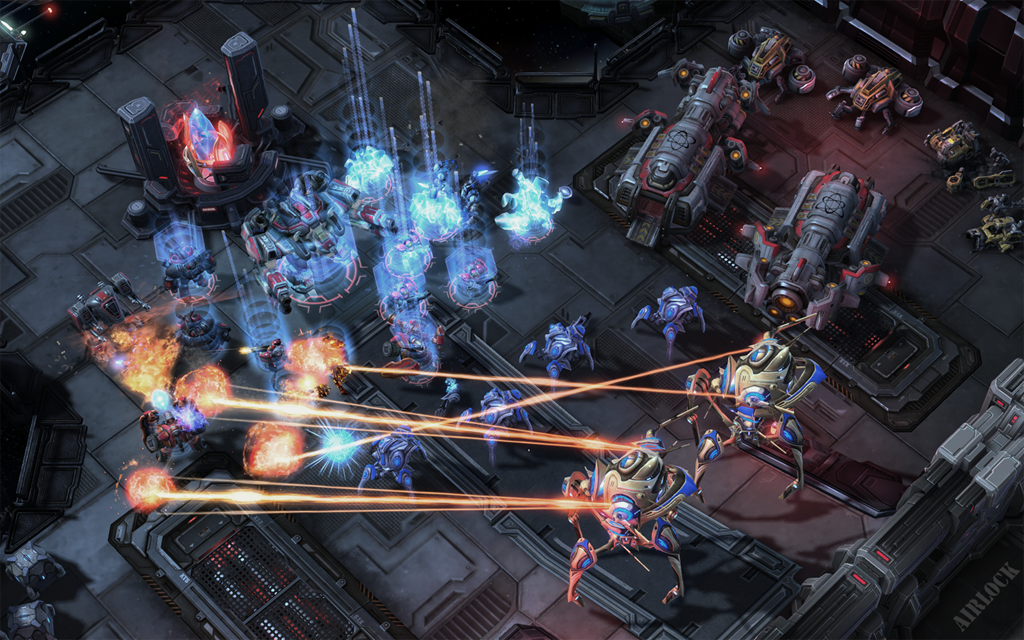 It’s no coincidence that Blizzard is considered the kings of real-time strategy games and the Starcraft franchise is a big part of why. This sci-fi franchise is renowned for its storytelling, world-building, and excellent gameplay.

The original Starcraft is considered by many to be one of the best RTS games ever for multiple reasons. It had an excellent campaign for its time, and most importantly it had silky smooth gameplay which is likely why it became the first big esport in the world.

Most of what made the original Starcraft great holds true for Starcraft 2 and in many ways it surpasses its predecessor. Starcraft 2 has a fantastic campaign with exciting characters and gripping stories as well as offering one of the best overall gameplay experiences of any strategy game to date.

Whether you are looking for a great campaign to play through, a competitive and fast-paced experience or just an incredibly well-crafted strategy game, Starcraft 2 is a must try.

Note: Starcraft 2: Wings of Liberty has gone entirely free to play, and you only have to pay if you want to move on and play the two expansions, Heart of the Swarm and Legacy of the Void. Both of which I highly recommended, especially the first expansion, Heart of the Swarm. 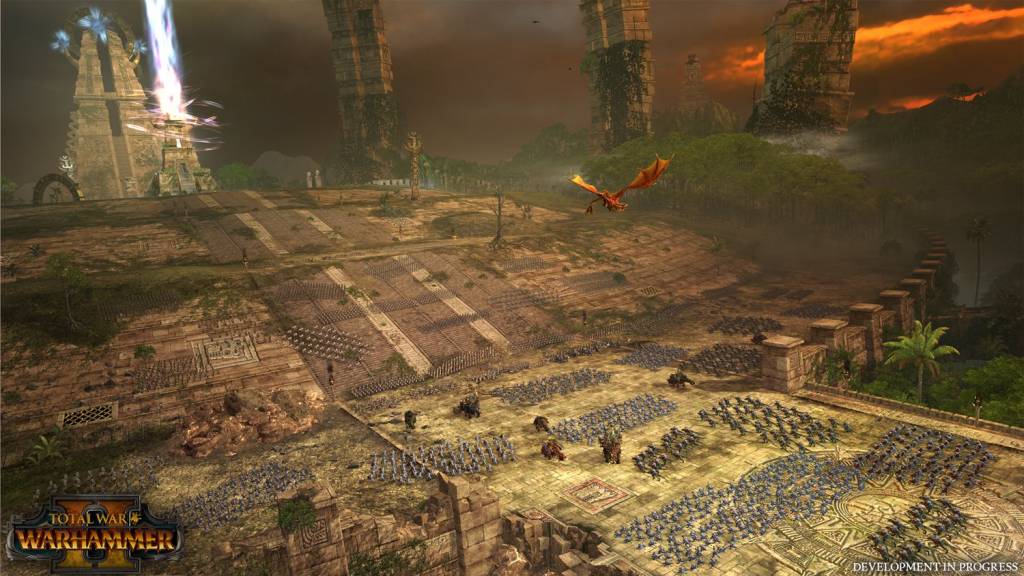 The Total War series is one of the most popular Strategy game franchises ever with games such as Rome, Shogun, and Medieval 2 under its belt it no wonders why. However, in recent times they have struggled to make a brand new Total War that meets the quality of those older classics, until Total War: Warhammer 2 was released late 2017.

Total War is probably the best game series to live out your fantasies of being a war general and conquer your enemies with superior strategy and firepower and Total War: Warhammer 2 is the best one to come out since Shogun 2 that came out in 2011.

Total War: Warhammer 2 is what you call a turn-based strategy and real-time tactics game which is a fancy way of saying it has it all. In this game, strategy and tactics are equally important if you are to succeed in your campaign and making wise decisions is as important as having the most massive army.

The rich lore and universe of the Warhammer franchise culminate with the deep and rewarding gameplay of the Total war series to make one of the best strategy games of all time.

”Most complex & beautiful Civilization game yet.” 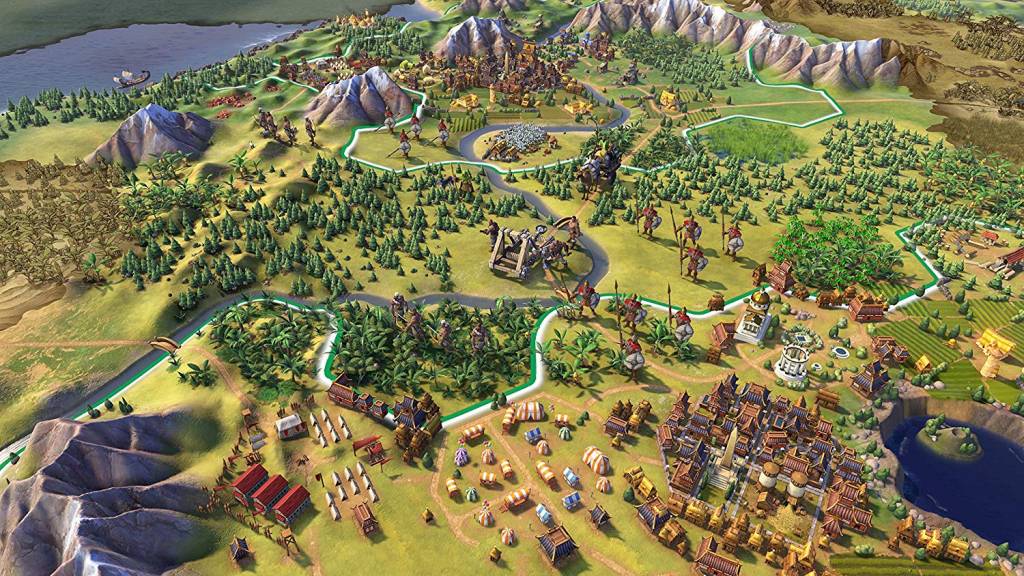 Another classic franchise we obviously can’t forget when talking about the best strategy games is the Civilization games and in this case the new Civilization 6 from 2016. This turn-based strategy game will feel very familiar to fans of the classic tabletop Risk game.

Sid Meyer’s Civilization takes the strong turn-based strategic gameplay of the classic tabletop Risk game and adds an immense amount of depth on top of it. You are not just trying to conquer your enemies and expand your empire. You are also leading a nation from the very stone age to modern times and beyond. This means you are not only creating armies, but you are building and ruling an entire kingdom, which includes research in technology, developing relationships through diplomacy, dictating politics, and much more.

Sid Meyer’s Civilization 6 is the perfect game through which you can live out your fantasies of world domination, and it is one of the best turn-based strategy games on the market. 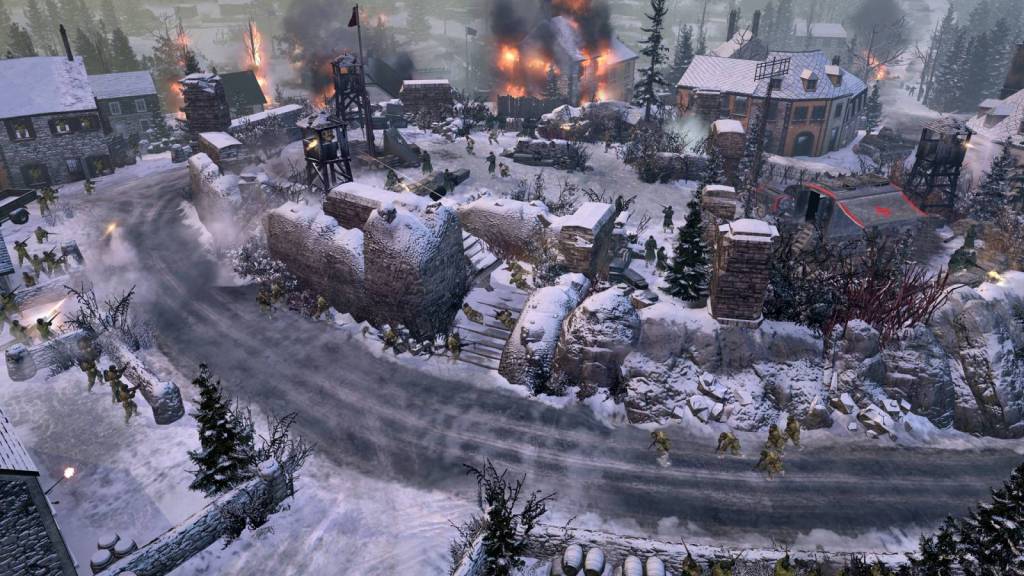 Company of Heroes is a unique and incredibly tactical affair that does a lot of things better than any other game on the market. It takes place during World War 2 and offers a great campaign that walks you through several historical battlefields and with three full expansions there is no lack of content to play through. Add this to the incredibly deep multiplayer mode as well as a decently active modding community that keeps adding new maps and you have an almost endless amount of replayability.

Where Company of Heroes elevates itself above other strategy games is with its realistic game mechanics such as the weather system and true sight. When a snowstorm hits you better find shelter soon or you will quickly see your troops freezing to death, while true sight emulates the actual line of sight of your troops to create even more tactical depth and realism.

This game is a lot different from most classic RTS games in that it focuses entirely on commanding your army and conquering your enemy instead of building a base. So if what you love most about strategy games is the actual warfare and control of a military rather than base building then Company of Heroes is one of the best games out there. 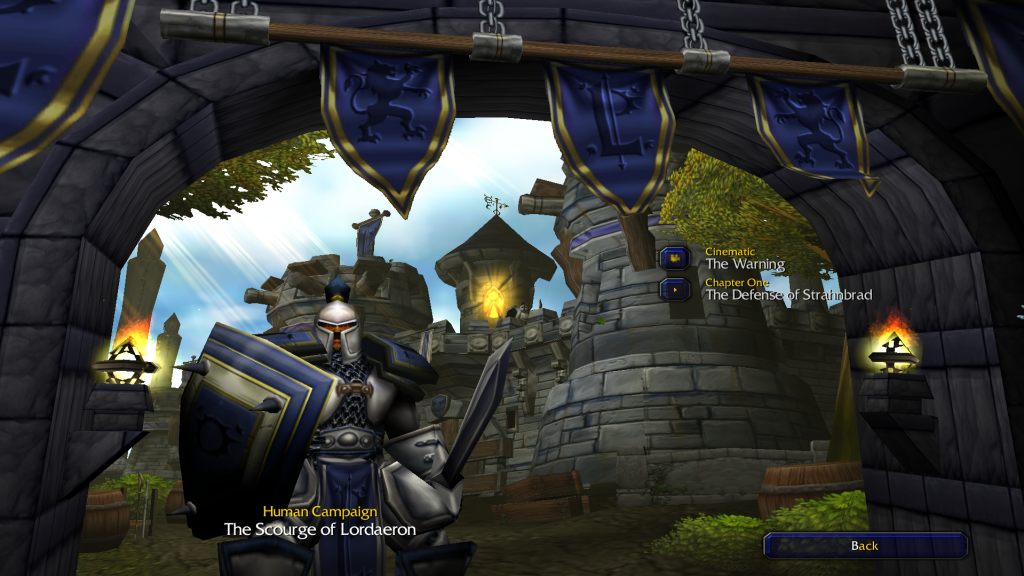 Warcraft 3 stands tall as not only one of the best strategy games ever but one of the best games ever, period. Very few games have ever offered as complete an experience as Warcraft 3, it has flawless gameplay, an excellent campaign and I’d dare say the best modding community of any game to date.

Warcraft 3 takes place in the well known and beloved world of Azeroth in the universe that later gave birth to the MMO sensation World of Warcraft. Reign of Chaos has, in my opinion, the best campaign of any strategy game to date and it still holds up very well to this day due to the iconic stylized Blizzard graphics. The campaign focuses on the Story of Prince Arthas and his journey to save his homeland, a character that has since become one of the most iconic game characters of all time. On top of that, it has a near perfect expansion, the Frozen Throne which further develops the character of Arthas but also has a significant focus on the Illidan, another incredibly iconic Blizzard character.

When people mention Warcraft 3, three things, in particular, comes to mind. A flawless campaign and gameplay experience and the incredibly user-friendly map editor that gave birth it an endless array of game modes and wonky maps, most notably Defense of the Ancients a.k.a DOTA, the first Multiplayer Online Battle Arena game. Warcraft 3 has thousands(yes thousands) of well-crafted maps created by the community that caters to so many different people and no matter what you like I guarantee that someone has made a mod for it in Warcraft 3.

Warcraft 3: Reign of Chaos and it’s expansion pack The Frozen Throne are both absolute classics that any fan of the real-time-strategy genre owes themselves to try out. It has top-tier gameplay, a fantastic campaign and endless replayability due to its online modding community. 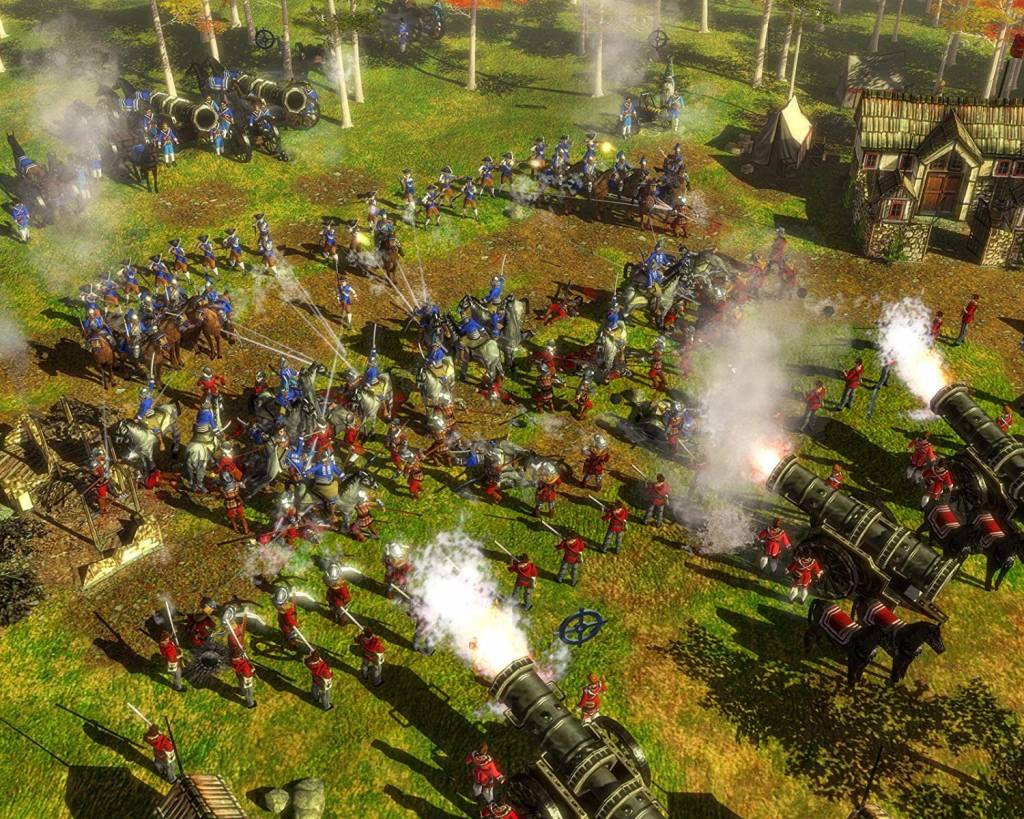 From one absolute classic to another, Age of Empires stands as one of the first truly great real-time strategy games and one of the first games that come to mind when people mention RTS classics. While the original will always hold a special place in my heart, there is no denying that Age of Empires 3 is the best version of the game today and definitely proves a worthy successor to the old classic.

Despite being more than 10 years old, it’s graphics hold of decently well today and its age does in no way take away from the gameplay of this masterpiece. Its gameplay is slick and intuitive with a lot of depth once you get into it and the game has both a very enjoyable campaign and multiplayer mode.

Age of Empires 3 is basically Sid Meyer’s Civilization in a real-time strategy format. Just like in the classic Civilization games you start at an early age of human history and as you develop and expand your empire, you move through the ages. The biggest difference is that instead of the grand turn-based style of Civilization, Age of Empires is a true RTS where you are in charge of both base-building and warfare.

Age of Empires biggest strength lies in its pacing and gameplay. Games like Warcraft 3 and Starcraft are incredibly fast-paced and can come off as too stressful for some people. Whereas Age of Empires is a lot slower which really helps to give you that feeling of building a true empire and makes you care about your base and army a lot more.

So if you want a historic setting rather than fantasy and want a pureblood real-time strategy experience with a large focus on base-building, then Age of Empires is a must play and is worth trying out for any fan of the RTS genre.

”One of the best grand strategy games ever made” 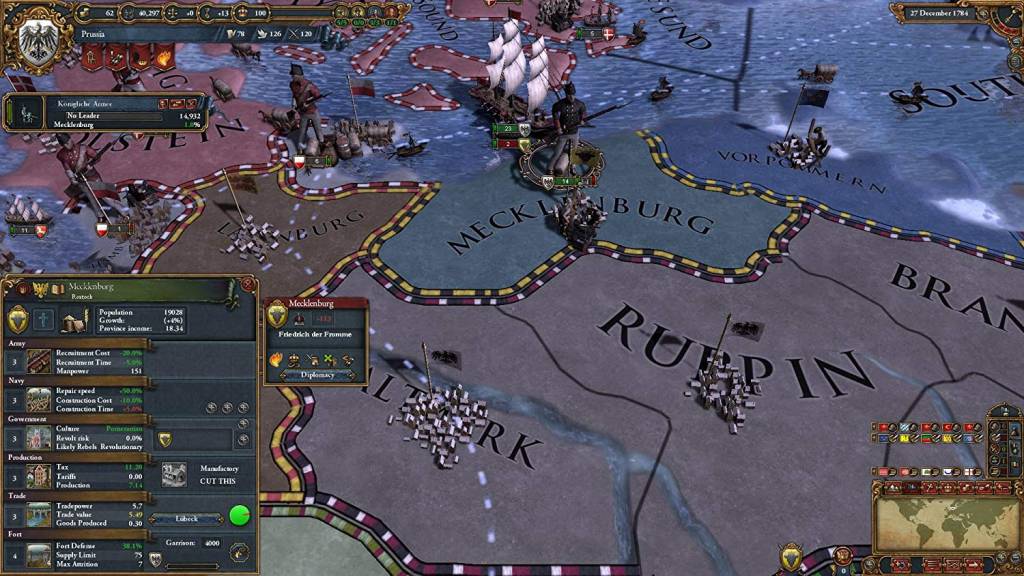 Europa Universalis is almost like a history simulator where you play on a map of earth divided into provinces, and each province serves as a strategical and tactical threat or opportunity to the player. As each province can bring in resources and wealth or a ton of trouble in the form of rebellion of treason.

While playing you must aspire to advance administratively, diplomatically, and militarily in order to conquer the challenges and events that happen throughout the play session. The events that occur is unique and fitting to the history of the country you choose to play as and thus offer a ton of replayability. 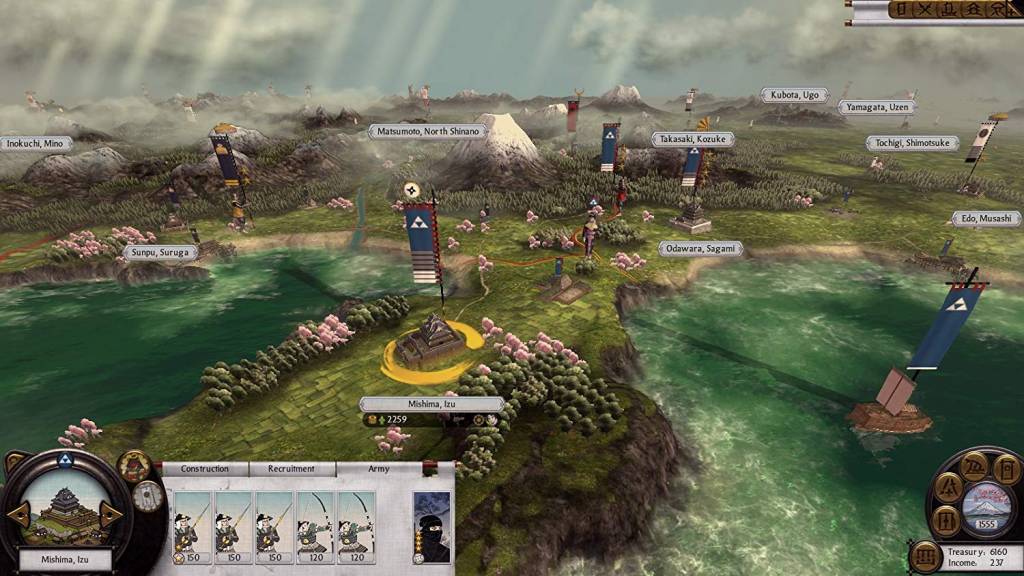 Total War: Shogun 2 offers incredible gameplay, a fun, an excellent campaign, and a beautiful world to conquer. No Total War game before it has managed to make the actual wars and real-time strategy as engaging and rewarding as Shogun 2 which is due to a very clever A.I and really well thought out game mechanics. On top of that the turn-based side of the game is also among the very best in the series and fun mechanics such as the ”Family tree” really makes you care about your empire.

Although the Total War series is definitely not known for incredible graphics, this 5-year-old Strategy game still looks great, and its age doesn’t hold it back one bit.

Total War: Shogun 2 also has an equally impressive expansion pack, Fall of the Samurai that delivers a perhaps even better campaign than the base game and adds some welcomed new features and units to the game.

Whether you are looking for a realistic Total War game as a first-time player or are a Total War veteran who for some reason haven’t tried Shogun 2 yet, this game is remarkably well crafted. Everything from the real-time gameplay to the turn-based grand scheme strategy feels incredibly rewarding and Total War: Shogun 2 is just really hard to put down once you get into it.