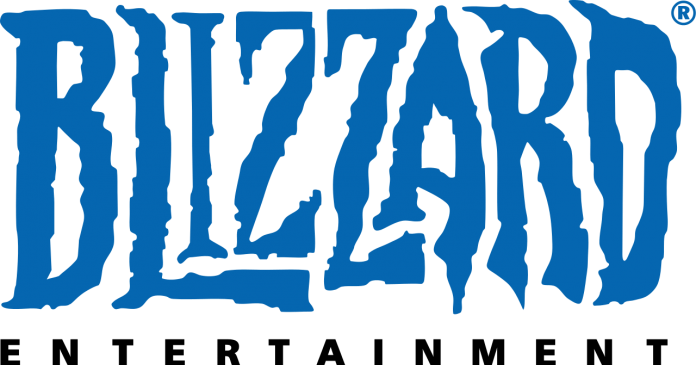 Few gaming companies draw as much attention to themselves as Blizzard in the current day. With the overwhelming success of Hearthstone and Overwatch, the highly praised Legion World of Warcraft expansion, the up and coming MOBA Heroes of the Storm and other noteworthy titles such as Starcraft and Diablo, it is easy to see why. Over 100.000 people tuned in on twitch alone to watch their hour long announcement ceremony, but in case you missed it, here is what we learned from Blizzard at Gamescom 2017.

The latest expansion of hearthstone was already released before Gamescom so there was not too much new information to be gained. However, they did premiere the very first Hearthstone animated short: Hearth and Home. A very jolly, Disney like short which was beautifully done nonetheless. You can watch the animated short below.

Besides the animated short, the Hearthstone team did not have too much to showcase but there was still 1 interesting feature announcement.

Raiding has arrived in Hearthstone

In an attempt to recreate the epic memories of World of Warcraft raiding the Hearthstone team has added the raiding feature. This is basically tested at Gamescom where all Hearthstone players at the event could go up against the iconic Lick King. The idea is that they create foes so powerful that no single player could ever hope to defeat it, which means that players have to come together to battle a raid boss, in this case, the Lich King.

I really like the idea of multiplayer Hearthstone scenarios, but I wasn’t really blown away by this iteration of it. You basically battle alone and have no feeling of a multiplayer effort whatsoever, which is really what raiding is all about.

Anyway, you can’t really complain about new content in a free to play game.

The Hots team did have a lot of interesting stuff to showcase, at least in terms of actual content. We already learned quite a bit in the ”Blizzard at Gamescom” preview this Monday, where they announced the long awaited ”hero”, Kel’Thuzad. Being the most requested hero by the community since the release of Hots, the expectation was quite high. Personally, I am excited about the high-skill level kit of our new Archlich and cannot wait to play him with the new patch. Watch the Kel’Thuzad spotlight below if you want to learn more about him.

Kel’thuzad does not arrive alone, and actually brings a brand new event with him: The Call of Kel’Thuzad. Which brings quite a lot of interesting with it.

KT(sorry Kael’Thas) looks incredibly fun and very rewarding to play if you manage to play him well. The game could always use more high skill-cap heroes. Kel’Thuzad does not come alone however, he has enslaved 3 heroes of the Nexus and turned them into his minions which are showcased with the best-looking skins to date. In my humble opinion. Death Knight Sonya, Wearing famous weaponry from World of Warcraft, Crypt Queen Zagara, which is basically a Nerubian skin but looks absolutely phenomenal. Lastly, the ”Jaina is a dreadlord” meme has finally become a reality, in the Nexus at least. Jaina got her dreadlord skin which is almost on par with the Prime Evil Diablo skin in terms of a complete overhaul of the base hero skeleton. The spell effect and overall quality of these skins are just insane.

On top of the new hero and skins, the patch also brings with it 4 reworks/overhauls of current heroes. Chromie, Jaina, Lt. Morales and Leoric all got significant changes to their talents and overall kit.

Chromie: Probably got the smallest of the reworks and is really more of an overhaul. Most notably is the base quest for her Q ability, which allows you to stack the damage of the spell indefinitely. This really rewards great players and upon reaching the threshold you are also rewarding with the ” Past and future me” talent which has been removed from the level13 tier.

Leoric: Everyone’s favorite skeleton king got the biggest of the reworks and it looks awesome! His W was nerfed while his basic attacks were considerably buffed, with splash damage and also a crit effect on every third hit. His talents were also swapped around and quite a few added. Most interesting is his level 20 ultimate upgrades. Entomb now silence every enemy hero inside(R.I.P Tracer and Genji. While March got a huge overall buff in damage and self-healing and also apply a talented version of his W to every target hit now with the level 20 upgrade.

Lt. Morales: Got an awesome grenade quest on level 1 which will hopefully make her less one-dimensional to play. The biggest change, however, is the removal of her mana which is replaced by a depleting energy bar which ”quickly” recovers when she is not healing.

Jaina: This was about damn time. Jaina got quite a few sweet changes to go with her new awesome skin. Her Blizzard Cd was rightfully reduced, while she also received a much-needed mana quest on level 1. On level 7 she can now pick a talent that increases her auto attack damage on targets affected by her trait and also reduce Blizzards CD with every AA.

– You can read more about the reworks and patch changes here.

– An array of new sprays & banners.

– Event Quest 1: Play a game with Kel’Thuzad present on either team – Rewards the Ghoul portrait.

Exciting! But no Warcraft event?

You could call the Call of Kel’Thuzad a Warcraft event but not really comparable to the Starcraft, Diablo, and Overwatch event. Don’t get me wrong, I am beyond excited that Kel’Thuzad is finally coming to the Nexus and those skins are definitely first day buys for me. However, I do think the release of Kel’Thuzad would be the ideal time to release a Warcraft themed event with 2 or 3 heroes along side 1 or 2 maps. Obviously, I cannot complain about more awesome content coming to the Nexus, but a Stratholme or Icecrown themed map would have made this by far the most exciting announcement from Blizzard this year. That being said, Blizzard cannot announce content that isn’t ready yet and I am sure that we will see a Warcraft event in the near future. Maybe at Blizzcon(fingers crossed)

World of Warcraft saw quite a lot of harsh(but justified) critique with the Warlords of Draenor expansion. however, World of Warcraft Legion has been anything but another WoD. We have seen more content patches than ever with more frequency. I personally think that Legion has been one of the best times ever to be playing WoW, and that is from someone who has been with the game from the very beginning. Legion has definitely proved the ” Wow is dead ” sayers wrong and the game has honestly never been more alive.

We almost immediately got to see the new in-game cinematic that will start us off with our adventures in 7.3 and it looks absolutely beautiful.

This new patch brings much more than just a new shiny cinematic. For the first time in Wow history, we get not 1, not 2, but 3 whole new zones and all of them on the new planet of Argus. The destroyed home planet of the Eredar(Draenei). The patch is another proof of Blizzard’s commitment to the game and shows that they have far from given up on World of Warcraft.

Patch 7.3 Is as close to a new expansion as a patch can get

3 new zones, brand new monsters, game mechanics and a ton of story driven quest content. On top of that is, of course, the brand new raid tier as well as a new dungeon. 7.3 even bring brand new, awesome, spell animations for almost all ranged classes(sorry Warlocks). The Patch is basically bringing too much new stuff for me to name in this quick recap. Luckily, Blizzard released the 7.3 survival guide video that you can watch below.

Best time to get back into Legion

Plenty of catch up mechanics come with the new patch, such as universal artifact knowledge catch up. Which will also level up on its own now. So if you unsubscribed during the lifespan of Legion, there really is no better time to get back in for 1 final showdown with the Burning Legion.

Honestly, we are happy that they saved the expansion reveal for Blizzcon. There are plenty of stuff to be excited about in the current game and no need to spread the hype.

We knew Blizzard would show us the next animated Overwatch short, which got a lot of people hyped. As always the animations are beautiful and this time the main character was Mei. The short really did a fantastic job at bringing more depth to a hero that didn’t have that much beforehand.

While a lot of people were at the Blizzard reveal ceremony to see the short, the Overwatch team had plenty more to show us.

Junkrat and Roadhog are fan favorite characters, so seeing that we are getting a new map on their ”home turf” was a pleasant surprise. The map is set in the unforgiving Australian outback and really set it self apart from the current map pool. It is the 4th escort map in Overwatch and are sure to bring some much needed variation.

Starcraft has not really been the center of attention for Blizzard recently, but they did drop a cool new Co-op commander, Dehaka.

So here is your chance to play as one of the last primal zerg leaders. His abilities look fantastic and personally, I cannot wait to get my hands on another co-op commander!

No announcements were made for Diablo 3, sadly.