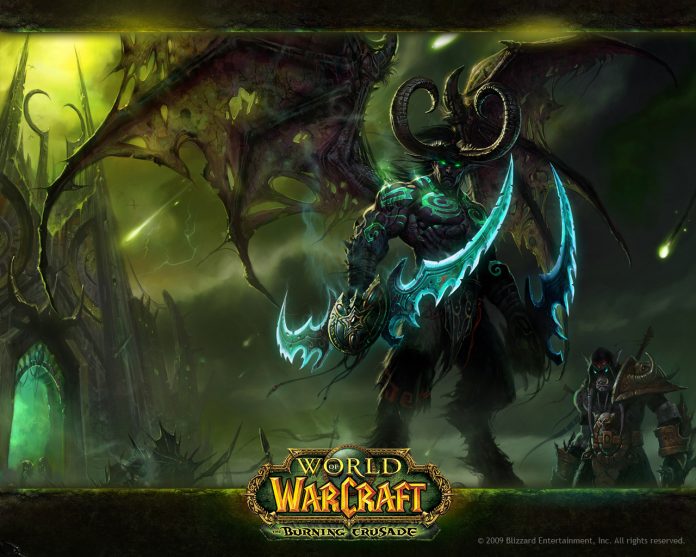 Like many other World of Warcraft Classic players, I am looking forward to the release of TBC Classic with a lot of anticipation.

However, if World of Warcraft Classic has showed us anything it is that a 2020 playerbase does not always work well with a game 2005. So, what small tweaks and changes could make sure that we don’t see the same obvious issues that we have in Wow Classic right now?

In this article, we will take a look at small but crucial changes or design decisions that Blizzard needs to make if TBC are to be as successful as Classic.

Note: TBC Classic hasn’t been formally announced by Blizzard. But, leaks and a community poll that Blizzard send out almost confirms that we will see it when Classic WoW comes to its natural end after the last raid, Naxxramas.

1. The Hardest Version of Raids OR Buffed Versions

World of Warcraft Classic has received many critiques and laughs due to the raids’, honestly, laughable difficulty. And while TBC had much harder player-versus-environment(PVE) content in general, it would end up in the same way if TBC releases on the last patch 2.4.3, just like Classic is run on 1.13.

Look at any minor patch in the TBC patch cycle, and you will likely find numerous substantial nerfs to both dungeons and raids. Almost every single dungeon and raid received nerf after nerf in every patch and while some changes were ”fixes” like the infamous Kael’Thas nerf, which are necessary to complete the fight, most of it was straight up nerfs. Nerfs that should not be in a Classic version of TBC, so that the raids and dungeons can feel a bit closer to what it was back then.

Check this overview of all the patches to see for yourself.

To give you an idea of how bad the situation is with nerfs in TBC, here is a link to a post talking about TBC’s last patch.

Every single monster and boss had their health reduced by 30%, and all damage was reduced as well. The patch also removed a significant part of the Illidan encounter by removing Shear from his ability table.

I highly doubt that Blizzard would be stupid enough to release the game after the 30% nerf patch but all of the minor nerfs throughout all of the patches is just as big of a deal and releasing any of the content in their nerfed state will make it comparatively easy to Classic.

Read this article if you want to hear my reasoning as to why rollover raids are bad.

2. Seal of Blood to Alliance & Vengeance to Horde

In The Burning Crusade(TBC), we got Shamans on the Alliance side and Paladins on the Horde side with the new Blood Elf and Draenei races. However, it still wasn’t perfectly balanced between the two factions. In keeping with the spirit of the early days of World of Warcraft, Blizzard ensured that there were still some differences between the Paladin by giving Alliance and Horde Paladins two different seals. Seal of Blood for the Horde and Seal of Vengeance for the Alliance. While it might sound cool from a class fantasy standpoint, the issue is that the output difference between the two is colossal.

Seal of Blood causes all attacks to cause X amount of additional holy damage and deal 10% of that damage to the Paladin. Not only is the damage it causes greater than what Alliance can achieve with Seal of Command or Vengeance but the self-inflicting damage also helps the Paladin with its mana management due to the new passive, Spiritual Attunement.

This has become a significant cause of absurd levels of faction imbalance on TBC private servers, and 95% Horde is far from unheard of. Why play an Alliance Paladin when Blood Elf Paladins are just better in almost every way? That’s not to say the Seal of Vengeance is terrible, and it is even arguably better in some tanking situations, but that is just further reason to give both seals to both factions.

Will giving both Seals to both factions ensure a healthy faction balance? No, the Blood Elf racial abilities are still incredibly overpowered, and you could even argue that a nerf to Arcane Torrent would be a good idea.

If you thought Wow Classic has it bad with favorable racial abilities towards the Horde, then you are in for a real shock in The Burning Crusade. Blood Elves, the new Horde race, is absurdly strong and has arguably the best PvP racials in the entire game with their AoE(Area-of-effect) silence Arcane Torrent. Furthermore they have also showed to be one of the most popular races from an aestethic standpoint ever since the implementation, which will likely result in a huge faction imbalance favoring the Horde in TBC.

This issue becomes quite clear when you loot at private TBC server’s faction balance. Even servers that give the Alliance free riding skills, buff to honor and reputation gains, AND the Seal of Blood ability to all Paladins see server balance favor the Horde. See Endless TBC server website for data.

So, what can they do? Either they need to add faction specific queues on servers, making it incredibly inconvenient for new players to play the heavily favored faction on specific servers. Or they can add a hard cap at 60 or 70 percent, making sure we don’t see another 99-to-1 server in TBC.

Another, probably more controversial change could be to decrease the effectiveness of Arcane Torrent, while also giving Alliance Paladins Seal of Blood.

One thing is certain; something needs to be done to limit faction imbalance.

In Blizzard’s attempt to recreate WoW Classic, they implemented an artificial spell-batch to all spells and abilities. This means that all spells have a delay, and any spells cast in the same batch will count as cast simultaneously. Here is Blizzard’s original reasoning for implementing spell batching in Classic.

The system was meant to make the game more like the original, but the batch is huge, and in 2020 this feels incredibly clunky and unresponsive. Spell batching is not a huge deal in Classic(it is still incredibly annoying), but in TBC, with the release of ranked PvP Arenas and a competitive ladder, this will become unbearable. Blizzard needs to either significantly reduce the batch size or altogether remove it with TBC Classic.

5. A Limit to Gold & Items you can bring into TBC

Player’s and gold sellers have found absurdly efficient ways to farm gold in Classic WoW and inflate the economy to absolute ridiculousness. So if Blizzard does not announce some sort of hard cap to how many items and gold you can bring with you to the TBC servers, it will instantly ruin the economy and make it impossible for new players to catch up. It is not unheard of in Classic for people to have 50.000 gold and a tryhard raid night today costs more than most players earned in months back in 2004.

So if we don’t get a cap on gold and item transfers to the TBC servers, we will see consumable and item costs reach a level where new players and casual players won’t be able to afford to raid.

6. Soft or Hard Cap on Tier 6 Content at Release

It might sound insane today where most new expansion release with one raid, but TBC was originally released with six raids available to players(though no one managed to enter Battle for Mount Hyjal early as it required you to kill Kael’thas and Lady Vashj). Today this would be very different, though. Whether we get the nerfed or original versions of the raids, there will be top guilds who clear Mount Hyjal in a matter of weeks after release, which means that 80% of the content would be on farm within a month or two, which will hurt the longevity of the game.

So unless they intentionally overtune all of the raids(which I would definitely love to see), the game’s longevity will be a lot worse than it currently is in Wow Classic.

Blizzard needs to either increase all the raids’ difficulty or make some of them inaccessible at release. I would prefer it if they just made it all a lot harder. Soft caps to what players can do are usually better than hard caps, and the extensive amount of content that TBC released with is one of the reasons it is regarded with such fondness by many players.