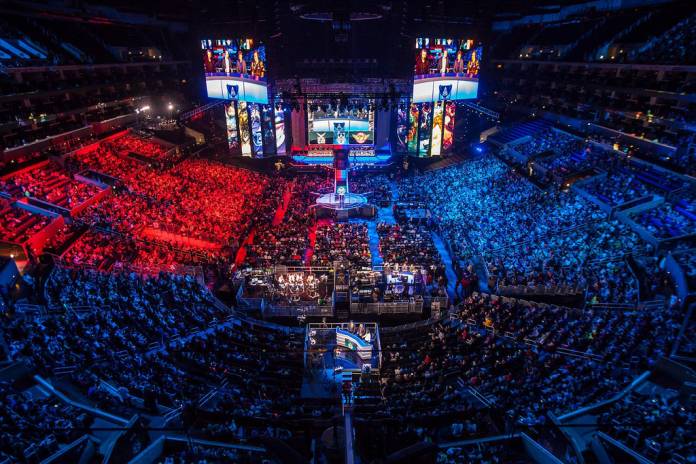 The Olympic Games in 2024 will almost certainly be in Paris, and it might include eSports for the first time in history.

If you had told me 10 years ago that eSports would grow to have hundreds of millions of viewers and huge million dollar prizes. I probably would have called you crazy. However, eSports have grown above and beyond what anyone would have expected and it keeps scaling faster than we ever dreamed of. Obviously, we are huge fans of eSports and want to see it succeed and go even further, but where can it go from here?

Well, the next stop for eSports might be the Olympic Games in 2024. The huge increase in interest for eSports has led the Olympic organizers to consider including it in the 2024 program which will most likely take place in Paris.

This is what Tony Estanguet(co-president of the Paris Bid Olympic Committee) had to say to the Associated Press in London.

“We have to look at it because we can’t say, ‘It’s not us. It’s not about Olympics,”‘. “The youth, yes they are interested in esport and this kind of thing. Let’s look at it. Let’s meet them. Let’s try if we can find some bridges.

“I don’t want to say ‘no’ from the beginning. I think it’s interesting to interact with the IOC, with them, the esports family, to better understand what the process is and why it is such a success.”

The 2024 Olympics program will be shaped by the Olympic Committee in 2019 and finalized shortly after the games in Tokyo in 2020. Paris has not officially been chosen as the location but since Los Angeles has agreed to host it in 2028 and the other candidates have withdrawn, Paris is the only candidate left standing.

A lot can happen before the final decision is made but the IOC(International Olympic Committee) is intrigued at the very least.

eSports at the Olympics is the next big milestone

Despite the huge increase in interest for eSports, there is still a lot of people who do not consider it a legitimate sport. Being included in the Olympics could be a huge step for electronic sports to be recognized as a real sport. The case is made that it is not an actual physical sport, and therefore has no place at the Olympics. All the while, a whole list of non-physically demanding sports are still a part of the program.

The question is whether or not eSports should be a part of the Olympics or if there should be an actual ”Electronic Olympic Games”. Personally, I am really hoping that it will become a part of the real Olympics, as I believe it would make the biggest and most positive impact on the eSports scene and the perception of eSports in general. As opposed to having its own ”Olympics”.

Games such as League of Legends, CS:GO, and Dota 2 has a lot more viewers than some of the lesser sports being represented at the games. So we find it hard to believe that eSports won’t be added in the near future, and if not in 2024, then certainly in 2028 or 2032.

Let us know what games you would love to see representing eSports at the Olympics, down below.