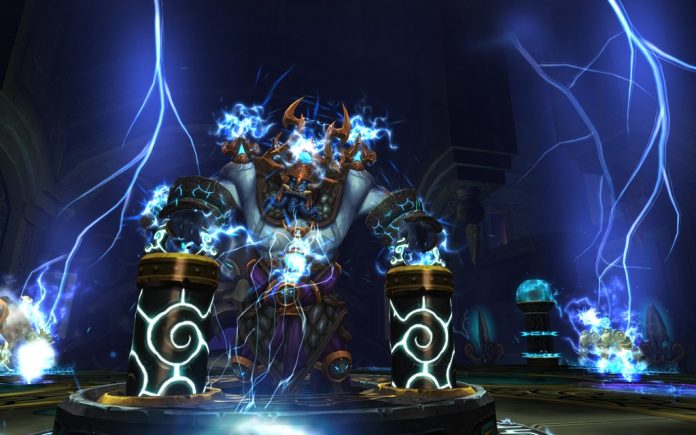 After playing the World of Warcraft Classic Beta for a few weeks, my hype for the game is at an all-time high.

I cannot wait to re-experience what I would say is the best iteration of World of Warcraft to date apart from The Burning Crusade.

However, playing the Beta has also made me realize that not all changes made since the original World of Warcraft have been bad.

So, today we are taking a look at 12 changes or addition, in no particular order, that was added after Vanilla that made the game a lot better.

Struggling to pick a class for Classic launch? Here is our in-depth class overview for World of Warcraft Classic.

Player-versus-player(PVP) combat in the original World of Warcraft(WoW) was excellent. The world was ripe with people and organic PvP events like raiding cities, disturbing guilds on world bosses and of course, the absolute slaughterhouse that was the Blackrock Mountains.

However, for those that wanted to take PvP seriously and play at a high level, there was only one route to take; The notorious rank 14 grind for that sweet Grand Marshal or High Warlord gear. A grind that could be completed with little to no real skill as long as you had the time. I think that skill should be a deciding factor in PvP more than in any other type of content.

Most people would likely agree that Arenas and rated battlegrounds are a far superior system to the Classic rank 14 grinds and if I had to choose one feature to be added into Classic WoW it would be Rated Battlegrounds.

While some of Classic World of Warcraft’s raids, such as Temple of Ahn’Qiraj and Naxxramas, was considered incredibly difficult 14 years ago, they are quite simple when you break it down and compare to modern raids. Most of the difficulty came from grinding and being adequately prepared for raids with things such as attunements, resistance gear, and having good enough equipment in general. A concept that has entirely disappeared from the modern version of the game and that is indeed a shame. A lot of the epic feel from raids back then was the journey it took to get in.

However, almost all Vanilla World of Warcraft bosses have next to no actual mechanics, and the difficulty in the encounters relied entirely on how hard it was to find 40 half-decent players.

I don’t think that raids have to be on par with the hardest modern-day mythic encounters such as Jaina Proudmoore in Battle for Dazar’alor or Kil’jaeden in Tomb of Sargaras. But I do think that bosses should have more than one or two mechanics to feel like a proper accomplishment and separate the good guilds from the bad.

I know a LOT of people will disagree with this point, but those people have probably never had to farm gold for raids as a healer back in Vanilla or The Burning Crusade. Having the option to have a viable off-specialization that you can swap into as a healer when you are doing solo content or perhaps to fit the needs of the raid was a great addition to the game.
I think the modern game has gone way too far with this though. With you being able to change everything on-the-fly and freely choose between all three specializations at will. I think Wrath of the Lich King found the perfect compromise. Allowing you to choose between only two specializations didn’t compromise the role-playing-element of your talent tree and still allowed healers to do solo content without pulling their hair out.

Vanilla World of Warcraft still has some of the most epic quests ever to grace the world of Azeroth, such as obtaining the Scepter of the Shifting Sands or the Warlock epic Mount questline. However, those are exceptions, and for the most part, you will merely be collecting boar meat or zhevra hooves that refuse to drop.

Don’t get me wrong, there was something very epic about the leveling experience in Vanilla as you genuinely felt like an adventurer on an epic journey through a vast world, but that wasn’t due to the quest themselves.

However, every questing experience post-The Burning Crusade was, in my opinion, vastly superior when you look at the actual quests. Not to mention that there were enough quests to level up to the max level, to begin with.

This doesn’t mean that the leveling experience has gotten better(because it certainly hasn’t), it just means that the tasks you have to complete has gotten more varied and interesting and I think when you look at areas like Suramar in the Legion expansion, it is hard to argue against it.

This is a grey area as everyone considers different things to be game breaking and one man’s quality of life change is another mans reason to quit the game.

That said, you don’t have to play the World of Warcraft Classic Beta for long to notice a few things that are just downright annoying without adding anything to the game. In my opinion, at least.

Things such as having to manually dismount before using abilities, having to loot each mob individually and the flight point pathing being abysmal.

Now, I don’t think any of these things should be added or changed in World of Warcraft Classic seeing as we all consider different changes to be significant or insignificant. However, improving flight point pathing, adding automatic looting and dismounting didn’t hurt the game in any meaningful way and was a great change.

Might seem unnecessary to give one ability its own entire spot on this list but Bloodlust is no average ability.

Bloodlust, which increases size and haste of the entire raid by a considerable margin is one of the most epic parts of post-Vanilla raiding. When the shaman pops that cooldown you know, its go time, and no other ability in the game can get an entire raid group pumped up for a fight. It is the Warcraft equivalent of King Theoden’s speech to the Rohirrim in the Lord of the Rings movies and its awesome.

No matter how much you try and balance the game, there will always be classes that are superior damage dealers, healers, or tanks. However, Vanilla World of Warcraft had quite a lot of specializations that was considered almost entirely useless such as Feral druids, Survival Hunters, Protection and Retribution Paladin, and more.

I love the niche class design of Classic WoW but having specific specializations underperform to such a large degree is a bit sad. Giving these niche classes a fighting chance with Retribution Paladin’s Crusader Strike and Feral Druid’s Mangle was a welcomed addition in my opinion.

I don’t think the game should ever homogenize classes to the degree that we see in modern WoW, but I think the way class viability was handled in The Burning Crusade, Wrath of the Lich King, and Cataclysm was a great change to the game.

The Wrathgate questline in The Wrath of the Lich King expansion is always mentioned when talking about the best and most memorable questlines in WoW history. Some of it because the story and quests themselves were more interesting than usual, but mostly I think it was due to the first ever in-game cinematic where we witnessed the confrontation with the Lich King and the betrayal by Putress and Varimathras.

Professions in the Classic version of World of Warcraft are tremendous and vastly superior to the modern version of the game in almost every way. They have depth, each one has their uses and unique perks, and it is practically an entire branch of endgame in on itself.
But I think that The Burning Crusade’s Jewelcrafting profession was the last piece of the puzzle and a perfect addition to the crafting system. Few things felt as good as getting the best-in-slot piece from a new raid and then powering it up with gems and enchants. However, every expansion since The Burning Crusade this profession, and indeed all trades, has gotten worse and worse, but the original iteration of Jewelcrafting was a fantastic addition to the game.

Vanilla World of Warcraft is full of interesting niche abilities, and every class had a unique role and purpose. That said, spamming one or two buttons for an entire raid encounter was hardly engaging gameplay, and I think most people would agree that giving most classes a few more abilities to press was a good change to the game and allowed people to actually compete on the damage meters without it being almost entirely predetermined by Class and gear.

You might be pulling your hair out after being Cycloned for 10 seconds in arenas today but what if I told you that it is a mere fraction of the crowd control you had to endure in Vanilla WoW?

I love PvP in the old version of the game but being sheeped, sapped, rooted, and so on for more than a minute is just infuriating.

Today diminishing returns is much better, and you will rarely be crowd controlled for more than 10 seconds, and even that is pretty seldom.

This one is a controversial pick, I know. There are many things to love about the original Vanilla WoW tier sets. They looked fantastic(for the most part), they had fun and weird set bonuses, and most importantly there were eight pieces in each tier which I loved
But when you look at the sheer amount of classes and more specifically, talent specializations that don’t even use their tier sets in Vanilla, it is quite clear that something went wrong.

Again, I think The Burning Crusade perfected this system with the addition of spec-specific tier sets that allowed all specializations to equip that sought-after tier pieces and feel good about it.