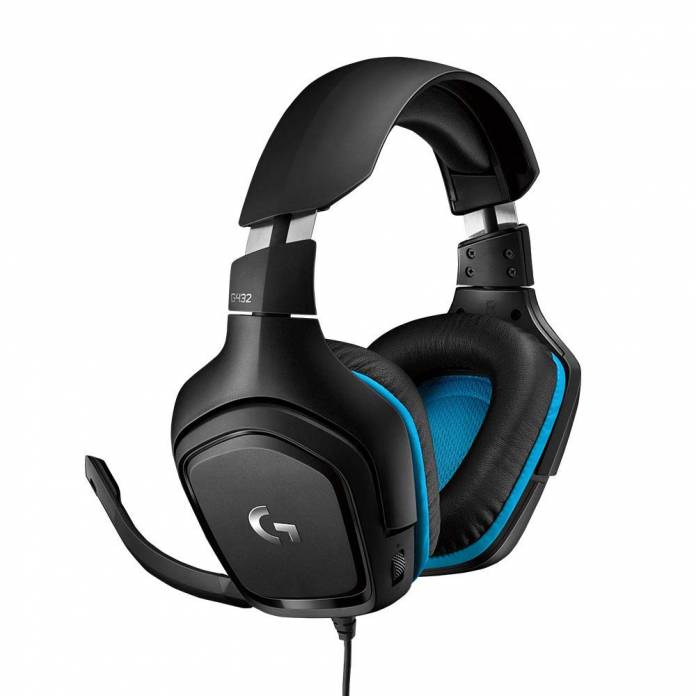 – The G432 is a solid gaming headset with an affordable pricetag.

It has great gaming performance but the design feels like a step backward.

The Logitech G432 is a long-pending update to the Logitech G430 gaming headset. It comes with all the features present in its predecessor, and better sound and music performance. The two looked similar to me at first; however, the G432 received a few uplifts with a variety of performance upgrades over the original. But, when it comes to design and look, it feels a lot dated.

Overall, the Logitech G432 is worth checking out for its clear and good-quality audio, versatile connections, and great price. However, the design was ultimately a letdown.

As already mentioned above, the build and design of the Logitech 432 are somewhat similar to those of G430. The most noticeable modification in the model is that it is a little more conservative this time around. A more subtle black has replaced the blue shades. Apart from the color change in the ear cups, the brand has moved from a foam-based finish to a PU leather style.

The remaining design elements still come with a plastic finish and a flexible, steel headband. Even though the Logitech G432 gaming headset is lightweight, the materials used in the side panels and headband don’t go too well with the price point. Overall, the look is symmetrical, right from the cut-outs to the edging.

Some other minor updates include a better mic which projects from the left ear cup, even though it’s non-removable. You’ll also find a volume knob behind the left ear cup that alters the volume levels of the microphone. I feel the design team could have given the microphone a rounder look and should have gone with a more flexible, retractable option. However, they’ve kept it squarish, which doesn’t look very bad either. The cord is sufficiently long, but the thickness is a little disappointing. It feels like it won’t survive many encounters with your office chair wheels.

When compared to the Logitech G430 gaming headset, G432 is more comfortable for extended periods of gaming. The ear cups come with a snug fit and are soft. But, since they are made of PU leather, my ears became warm after some time and felt a little sweaty too.

Before I discuss the non-gaming audio performance in detail, there’s one critical point if you’re using the Logitech G Hub and trying to play iTunes or other software with built-in EQ. On Window 10 systems, the Logitech G Hub is unable to identify if the actual source of the music is being enhanced or altered via a digital EQ and will filter it via the settings you pick again, whether that is the Enhanced EQ or the Surround Sound. The results are unexpected, and the bass increased two-fold with bottomed-out drivers to deliver appalling sound.

Having said that, I tested the Logitech G432 with both iPhone and PC to analyze the difference made by the G-Hub software. When connected to the iPhone, the sound was crisp and clear, and so were the mids and highs. But, when I played songs with deep bass, the gaming headset was unable to replicate the expected sound. Even though it’s not a significant issue as the headset comes with a low-frequency response (20Hz), I’ve tested other gaming headsets in the same price range that have performed better in terms of bass.

While watching movies on my PC, the mids and highs were very clear, but anything with a deeper bass sounded a bit off. Overall, I was happy with G432’s audio playback. I recommend you don’t use them for hip-hop or heavy metal; they’re suitable for everyday use and work well for gaming.

Even though the Logitech G432 gaming headset is lightweight, the materials used in the side panels and headband still feel a bit cheap.

Gaming Performance: This is where it shines

I’ve used the gaming headset for several hours in a row while playing Forza Horizon 4, Crackdown 3, Skyrim, and Sea of Thieves, and the sound was impeccable. The only issue I faced with the 7.1 Surround Sound was with the deeper bass when playing on PC. If you’re using the 7.1 Surround Sound and equalizer, you’ll have to reduce the bass, or it’ll become intense for the drivers for proper processing. This was a continuous problem in Skyrim during battles with dragons and while shooting fireballs.

As far as the performance of the microphone is concerned, the design bothering me a little as it is difficult to ascertain the exact position of the receiver. However, after testing the microphone on Xbox and PC, I found that the microphone was working correctly without being too overpowering or soft.

The G432 has some of the better 7.1 surrounds sound in its price range, and the overall sound quality is very good. However, the bass could interfere with that audio quality at times and needed adjustment. The microphone sound quality was, but I do wish they had gone with a retractable and more flexible design.

Even though you can enjoy songs using different audio modes, you’ll experience the best of the Logitech G432 Gaming Headset when playing games in 7.1 Surround Sound. As such, it is not ideal for music, so if you often listen to tunes on your PC and perhaps is a bit of an audiophile, then I would recommend you go with another option.

It would be unfair to say that I did not struggle with any issues. The design is outdated, the low-end and high-end bass are weak, and the overall dependence on the software to make the gaming headset sound great are a few things I did not like. With that being said, the Logitech G432 is a decent gaming headset that is reasonably priced.