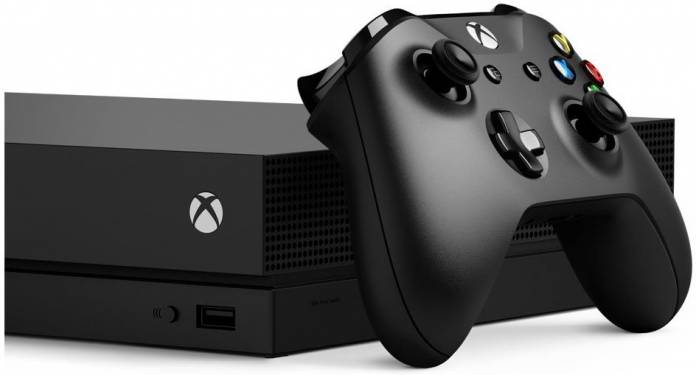 Is screen-tear hurting your gaming experience?
Well, you are not alone. Many passionate gamers are up against the same problem.
However, there’s some good news—really good news!
Soon Microsoft will be including support for FreeSync displays to Xbox One S and Xbox One X consoles.
In other words, now you will be able to say goodbye to screen tear for good and enjoy playing graphically intensive games more than ever.
Sounds exciting?
Well, let’s learn more about this update and why this new inclusion is such a big deal.

FreeSync Is All Set To Come On Xbox One Consoles

On Microsoft’s Inside Xbox show of March 10, 2018, spokesperson of Microsoft revealed that Xbox One consoles would soon add support for FreeSync displays.
The forthcoming spring update of Xbox will already have 1440p support on Microsoft’s Xbox consoles for monitors. However, the inclusion of FreeSync means that compatible displays will now be able to sync refresh rates with Xbox One S and Xbox One X consoles.
Besides adding FreeSync support on its gaming consoles, Microsoft is also going to add auto low latency mode support on smart TVs.

Thanks to this feature, compatible TVs, slated for release in a few months, will be able to automatically turn on low latency mode or game mode whenever you play a game. This, in turn, will enhance the gaming experience. Your TV will switch back the moment you stop playing a game.
This feature will be particularly useful for those who have media apps on their Xbox one because the low latency mode will be disabled automatically once you go back to such apps.

Why is the inclusion of FreeSync such a big deal?

To understand this, it is essential first to understand why you experience stuttering or tearing when you play a graphically-intensive game.
Stuttering or tearing occurs when the rendered frames per second (or fps for short) of a video game do not sync with the refresh rate of your monitor, which is likely to be 60fps.
Usually, this problem arises when you are playing graphically-intensive games, such as The Witcher 3. When you play such games, even costly gaming desktops are not likely to exceed 40-50fps.
In other words, frames are rendered below 60fps, which is your monitor’s refresh rate. As a result, you will find some frames are appearing in the middle of screen refresh, causing screen-tear.
What AMD FreeSync does is that it stops the monitor from controlling the refresh rate. The system synchronizes directly with your monitor and scales up or down the monitor’s refresh rate depending on the visual complexity of a particular scene.
This, in turn, ensures that frames don’t appear in the middle of screen refresh and gives you freedom from screen-tear.