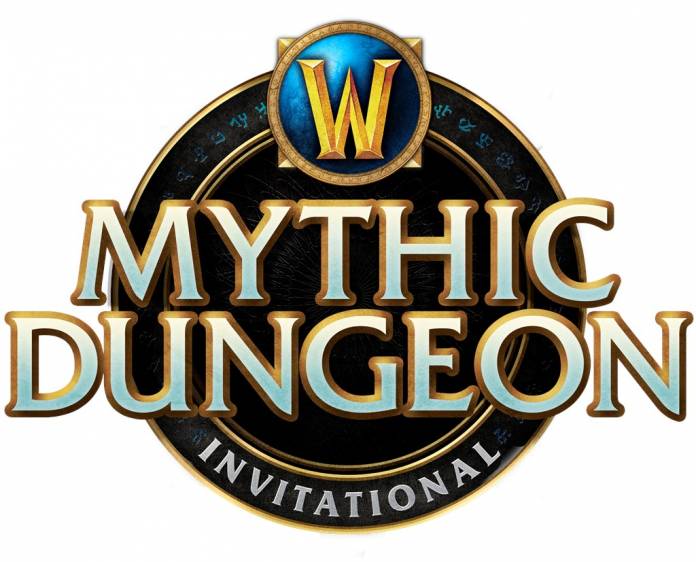 The Mythic Dungeon Invitational is Blizzards newest and perhaps most experimental eSports to date. It is a Player versus Environment tournament, build around the mythic dungeon feature from World of Warcraft Legion. Which see top teams from around the world compete in high-level mythic dungeons on a timer, to see who’s the best five-man dungeon roster in the world.

This type of eSports is not entirely new to Blizzard. It’s rooted in the mythic raiding race sometimes hosted by Blizzard at BlizzCon and other big gaming conventions. Which saw two of the top guilds in the world race each other in the latest raid. However, it is the first time we see an actual organized PVE race tournament with prize pools and everything.

Over the last couple of weeks, the top teams from around the world have been competing, and we now move on to the quarter and grand finals this weekend(9/30 and 10/01). So this weekend will be the last chance for a while to watch this, surprisingly entertaining eSport.

This article is designed to give you a complete overview of the tournament, teams and catch you up to date if you have been missing out on the action.

Mythic Dungeon Invitational – What is it?

If you are up to date or fully understand the concept of MDI, you can safely skip this section.

These are the basic rules of engagement for the MDI.

Let us take a deeper look at the 8 teams that made it to the final weekend. The statistics used in this article is purely from the Regionals and will not include stats from the Proving Grounds.

Premonition is the number 1 team from Americas regionals and defeated ”Friends with Affixes” 2-0 in the Regional Finals.

Their most common combo in the regionals was: Guardian druid, Holy Paladin, Marksmanship Hunter, Arms Warrior and Fire Mage.

Premonition Stats at the Regionals

Friends with Affixes were ranked as the number 1 team in Americas leading up to the tournament but lost in the regional finals to Premonition. Although Premonition won the series 2-0 it was incredibly close with only 17 seconds apart in the first run on Cathedral of Eternal Night and 31 seconds on their final run in Neltharions Lair.

Their most played combination in the regionals was: Brewmaster Monk, Restoration Druid, Beastmastery Hunter, Balance Druid and Arms Warrior. In 2 cases they ran double Balance druid instead of having an Arms Warrior.

Friends with Affixes didn’t show much range in their picks at the regionals. However, we know from the proving grounds that Imfiredup is more than comfortable with whipping out his mage.

Friends with Affixes Stats at the Regionals

Raider.IO is one of the big favorites to win and was ranked as the best team in the world before the tournament. They have lived up to the hype with a 100% win rate in the regionals, although they did win their first series by forfeit. So they only had to play 2 series total in the regionals, but with a 2-0 in the regional final, they are looking incredibly strong.

They ran the same combination in every 4 of their dungeons in the regionals. Blood Death Knight, Holy Paladin, Subtlety Rogue, Balance Druid and Arms Warrior.

Raider.IO is one of the few teams that stuck entirely to 1 combination of classes throughout the entire regionals, and they ran the same in the Proving Grounds. One has to wonder if it is a potential weakness that they show so little range in their picks.

Raider.IO Stats at the Regionals

Team Bigpull was only ranked as the number 5 team in Europe during the Proving Grounds. However, they fought tooth and nail and made it to the regional finals but lost 2-0 to Raider.IO. Making it the second-seeded EU team at the global.

One of the few teams to switch the class of their healer from dungeon to dungeon. They often ran Blood DK, Resto Druid or Holy Paladin, Marksmanship Hunter and 2 Subtlety Rogues.

Team Bigpull Stats at the Regionals

Much like Raider.IO, Honestly only played 2 series throughout the regionals but also managed to win both 2-0. Including the finals against Free Marsy.

Honestly Stats at the Regionals

Free Marsy looked very sharp throughout the regionals with a 4-0 until the final. Their winning streak was cut short against Honestly in the regional final who won 2-0.

Free Marsy Stats at the Regionals

Team MPE went undefeated throughout the regionals and took the number 1 spot in China.

Team MPE was incredibly consistent with their setup and only switched one of their classes, once. Their favorite composition was: Blood Death Knight, Restoration Druid, Windwalker Monk, Havoc Demon Hunter and Beast Mastery Hunter.

Team MPE Stats at the Regionals

MMT had a hard time in the regionals compared to MPE but still managed to get the number 2 spot in China.

MMT Stats at the Regionals

Now we’ll take a look at the first matches happening in the quarter-final and see how the teams match up on paper. I will be comparing similar dungeon runs between the teams, sometimes there is not an actual concrete timer as the team forfeited before finishing. In those cases, I will assume that they had at least 1 minute left to go but likely more. Note that not all teams have played through the same dungeons and affixes so the number of comparisons can vary.

Chromie Predicts: Premonition as the winner

Chromie Predicts: Honestly as the winner. While Honestly looks much better on paper, it is worth noting that Team Bigpull had much tougher overall opponents and therefore didn’t finish some dungeons.

Chromie Predicts: A close series with Team MPE coming out slightly on top.

Raider.IO Vs. Friends with Affixes

Chromie Predicts: Raider.IO will win, but FWA will put up a good fight.

I was planning to do a full class and specialization overview, but the good people at Medium already did that. So check out their article if you want class statistics from the MDI.

We all have our own experience of what affix is the ”hardest”. However, I thought it would be fun to take a look at the actual kill count and best/worst dungeon timers for each of the affix combinations we saw at the regionals. All dungeons were played at keystone level 17. Take into account that not all affix combinations were played on the same dungeons and the statistics should be taken with a grain of salt.

I was surprised to see the frankly huge difference between completion time in MoS with these affixes between EU and China.

It is worth noting that Free Marsy won their run on Karazhan Lower, despite it being the slowest recorded run in the regionals, as their opponents failed to finish entirely. Says something about this combination of affixes on Lower Karazhan.

This combination of affixes seems to be particularly nasty.

Fun fact: Despite the incredibly high kill count of these affixes, Honestly, Free Marsy, Raider.IO and Harsies all did it without a single death, while Team Deplete suffered 43 deaths in a single run.

As the only dungeon run with the same affixes across all regions, it serves as an excellent comparison tool between the regions.

COEN is the only dungeon that was run by every single region with the same affixes. Seeing as it was the first map predetermined by Blizzard in the regional finals. Therefore it is the only dungeon we can actually use to make a regional comparison. Although it will only include statistics from the 8 teams that made it to the MDI Global. Note that some teams didn’t finish due to being too far behind from their opponents, it doesn’t mean that they couldn’t finish in time.

It is time to find out which region is looking the strongest coming into the MDI globals.

While Raider.IO looks incredibly strong and is the favorite for winning the MDI in my book, and the Americas region also showed some impressive performances. China and Asia Pacific probably need to step it up if they want to compete with EU and NA. That being said, Honestly from Asia Pacific also looks to be a strong contender.

I was honestly surprised at how much I enjoyed watching the MDI, as I initially didn’t like the concept of PVE esport. Once again Blizzard has created a need I didn’t know I had and I am excited to see what teams will make it to the global final. I was also surprised at the viewership at times hit the 40k mark on Twitch, which in theory makes it one of the larger eSports in the world. Might just be the honeymoon numbers though.

Where & When to Watch

The Mythic Dungeon Invitational Global Quarterfinal will take place this Saturday, the 30th of September. And the semifinals and finals will be on the 1st of October. You can watch the full stream here on the Official Twitch Stream.

Finally, thanks to the Raider.io website. Whose brackets and vods made it a lot easier to make this article.

Mousesports Karrigan on how to become a pro-player, how to get better & professional gaming

Team Razer Looking to Dominate The International in 2019