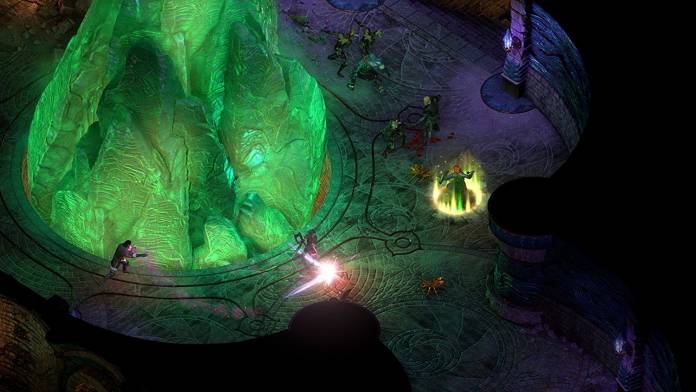 Pillars of Eternity 2: Deadfire is a highly anticipated upcoming role-playing video game set to be released on May 8, 2018. Obsidian Entertainment develops the game, and Versus Evil publishes it, and it will be available on nearly all major gaming platforms including Nintendo, PlayStation, and Microsoft platforms.

Played from an isometric perspective, gamers will roam the open world in which they explore islands, ships, crews, and more through class-based gameplay. In Pillars of Eternity 2: Deadfire, players will be taking the role of the Watcher, and play through the dynamic storyline. In addition to the actual game, Obsidian recently announced three major post-release expansion packs. These expansion packs will expand the gaming experience by integrating new play areas, quests, and characters.

The three expansion packs for Pillars of Eternity 2 are:

The “Beast of Winter” expansion pack is set to release during July of 2018. This expansion takes players onto an island inhabited by a doomsday cult. This cult is full of mystery and hides many secrets gamers strive to uncover. Additionally, players will have the opportunity to wander into the unnerving dimension called “The Beyond”, a world full of challenges and ancient spiritual remains.

The second expansion pack to Pillars of Eternity 2: Deadfire, “Seeker, Slayer, Survivor,” is set to be released in September of 2018. Without a doubt, gamers who enjoy combat-heavy role-playing gameplay will adore this expansion. Players will venture onto another undiscovered mysterious island in which tactics, communication, and strategy are needed to uncover ancient mysteries. You play as a commander and lead your party into a nail-biting adventure against Eora’s savages.

The Forgotten Sanctum, the final expansion pack of 2018, will be released in November this year. Gamers will embark on a mission to help the great wizards of Eora. You and your party will uncover secrets to past generations. However, on the quest, players will be punished for their mistakes through the Deadfire Archipelago.

All three of these expansion packs for Pillars of Eternity 2: Deadfire, Beast of Winter, Seeker, Slayer, Survivor and The Forgotten Sanctum will be included in the Obsidian Edition, which is currently available for pre-purchase now. Later on, gamers will also have the option to purchase the Season Pass. As of now, Pillars of Eternity 2: Deadfire is available for pre-order on a number of platforms.