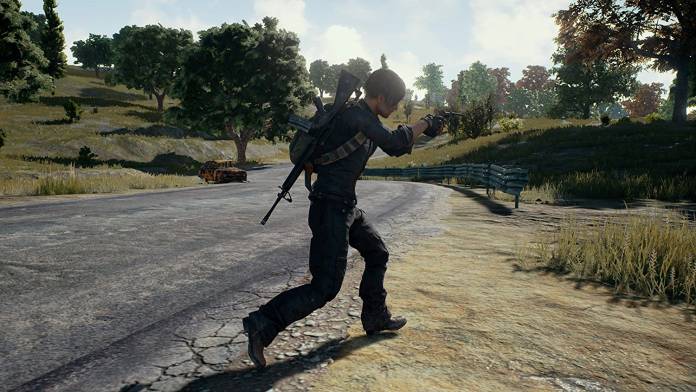 Bluehole revealed its development roadmap for 2018. Including their plans for PUBG.

PlayerUnknown’s Battleground is one of the hottest games on the market right now and has already been incredibly influential despite its short lifespan. It brought the Battle Royale game genre to the forefront of gaming, with the most prominent games being Fortnite and PUBG.
So obviously a lot of people got excited when Bluehole revealed their roadmap for the rest of the year. Which include their current plans for the beloved ‘PlayerUnknown’s Battleground.’ Bluehole has stated that ”stability, optimization and security” is what their 2018 update is all about. You can see the full scope of their 2018 plans on their official site.

One thing is certain. The plans for PlayerUnknown’s Battleground are huge and Bluehole, and PUBG Corporation is really making a statement with all these anticipated updates and features coming in 2018.

The most noteworthy news is that they intend to make a lot of improvements to the gameplay and graphics, and perhaps the most exciting news of all is that we will be getting a new map.

We already have quite a lot to go on when it comes to the brand new map. We do know that it is a tropically themed island and that it will be half the size of regular maps. Which, according to Bluehole, is specially meant to lead to a more intense and fast-paced battle royale experience. The map is said to be open for testing sometime next month.

Another big 8×8 map should appear in the game, but this map is currently in the development phase and not far along to show any specifics off.

With these improvements, developers try to freshen up the game and provide players with better gaming experience, new features, new modes, and new Battlegrounds, which will hopefully continue to attract more and more players. While this new information paints a pretty good picture of the direction PUBG is going, we will not know many specifics before later this year. We will likely learn a lot more at E3 in June.

Bluehole has also revealed that a lot of new weapons and weapon upgrades are on its way. Some of the new features will come very soon but a lot of it will arrive in the second half of 2018.

They have also revealed that a new ”emote system” will come to the game very soon, which is meant to improve a lot on the social aspect of PUBG. It is their version of the in-depth emote system that Fortnite has, with dancing, waving, etc. And, personally, I think PUBG is entirely within their rights to copy a feature or two from Fortnite. There will also come significant improvements to the in-game characters, but this change will likely not arrive before the end of 2018.

Bluehole have also been talking about vehicle bullet penetration bases as well as reworking the game’s “full TPP and FPP animation system” – which should allow for “smoother and more reactive” animations. This includes animations such as seat switching and getting in and out of vehicles.

All these visual enhancements are coming in PlayerUnknow’s Battleground alongside audio enhancements. Audio updates are scheduled for the first half of this year, and these are improvements include sounds such as rain on the surface of the vehicle, as well improved directional sound. The sounds that will differ when you take different objects are also changed.

Developers also announced improvements to the parachuting system itself, as well as armed and unarmed melee combat.

Bluehole has planned to repair the three most important features: stability, optimization, and security.