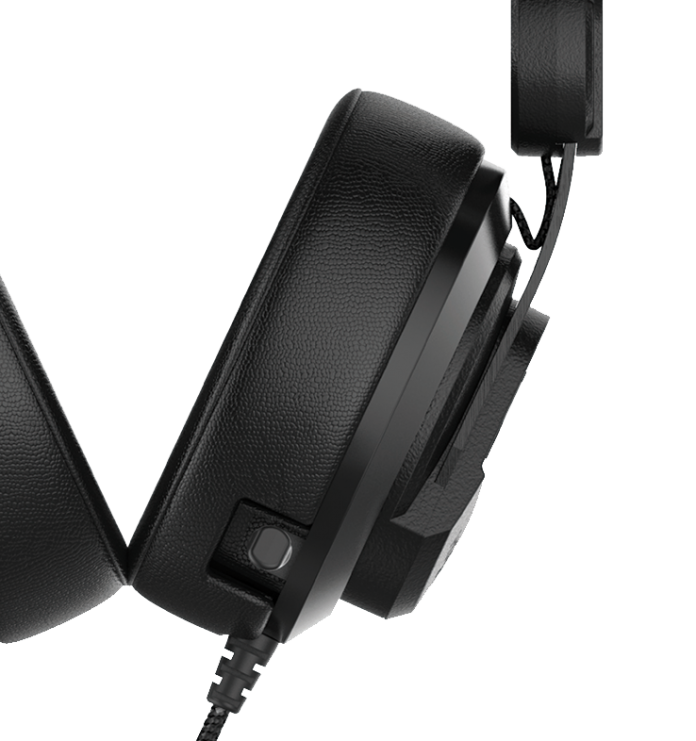 – Plugable succeeds in their mission in creating a good gaming headset for gamers on a budget. It has very little out of the ordinary to offer but also next to no issues to report on.

The last time I heard of Plugable, they were coming out with a USB port hub. The company has made a name for itself in making USB Type-C computer accessories, adapters, Bluetooth speakers and have recently ventured into the highly crowded world of gaming headsets.

The Onyx HS53 is a multipurpose stereo 2.0 headset with single 53mm audio drivers on each side of the ear cups, which takes us away from the world of Surround sound and brings us back to the basics. The universal 3.5 mm TRRS connection ensures you can hook it up to not just gaming PCs but also gaming consoles, Xbox controllers and even your phone or tablet.

And you get all of this at $50, making for a great budget gaming headset! This is Plugable’s first venture into the world of gaming headsets hence, instead of making heavy-duty gaming-intensive headphones for competitive gamers, they have come up with a great starter option for casual players.

The Design: The Simple Ways Are The Best

I’ll admit I was a bit skeptical before I got to hold the headphones I was pleasantly surprised to see how aesthetically soothing the design looks. They didn’t try to make anything fancy, just a good looking, simple headset. The simple black design is complemented with brushed metal hinges that hold up the cups. The straps are of course adjustable and have stop clicks you can move up and down to find the perfect fit for your head size. The earcups are also deep enough that most ears will easily fit in it, without touching the grill on top of the audio driver.

The aluminum construction looks and feels sturdy, but it does make the headset a bit heavy. It will feel heavy until you get used to it, to be honest. The underside of the headband and the outside of the ear cups are made of leather, which does not make it as comfortable as foam though. The memory foam inside of the leather does a good job of providing ample cushioning for both your ears and your head. The headphones balance well and even with glasses on, I didn’t have to keep using my hands to adjust the cups.

I used this headphone non-stop for 3 hours, and at the end of it, I took it off to give my ears some ventilation. This headphone forms a seal with your ears which cuts off ventilation and air flow through the headphones. While this is great for sound quality, your ears will start feeling hot if you wear it for long periods.

The microphone sticks out of the base and is at a perfect position for recording what you say. It can be retracted into the headphones if you want to get it out of your way, but can’t be detached.

This is a budget headset targeted at casual gamers, who would use this headset for a lot more than gaming, including making video calls or listening to music and watching movies.

Fortunately, this one is really versatile when it comes to compatibility, with universal 3.5mm TRRS connections for the microphone and headphones. This lets you attach the headset to channels present on game controllers like the Xbox One, consoles like the Nintendo Switch, PS4, and even mobile phones and tablets.

There’s also a lengthy 3.5mm TRRS to 2 x 3.5 TRS Y-cable, which you can use to connect to your PCs, no matter how far your rig is. The headphones have pretty low power requirements themselves and won’t need a dedicated amp. Finally, you also get an optional cable that you can use to extend the range of the cable. This cable has an in-line volume and microphone mute switch as well.

All these wires are double-braided to ensure maximum durability. Don’t worry; just because it costs $50 doesn’t mean that its wires will get messed up within six months.

However, there is no USB connector with this headset, so if you like using USB ports for your audio, this headset just won’t work for you.

Plugable seems to believe that both ‘true’ and ‘virtual’ surround sound is merely a marketing ploy and a well-designed stereo headset will put these inferior technologies in their place.

While the merits and demerits of Surround sound are a topic of debate for a later date, Plugable is right in saying that most games which are made nowadays have brilliant stereo sound design, and a good pair of stereo headphones can totally reproduce the audio clarity and quality of the developer’s original vision.

A good stereo design means you can locate audio elements in your game environment and a good headset will let you pinpoint where exactly the noises are coming from.

To see whether this headphone was up to the task, I put on these headphones and loaded up Apex Legends. The first thing I noticed what that the leather and the foam in the headsets form a seal with your ears. This seal, although it causes your ears to heat up, totally blocks out noise from the outside.

With external noise blocked off, I had no problems locating where the footstep and gunshot noises were coming from – behind me, to the left or right, or from in front. I wouldn’t say the quality was so good that I could close my eyes and know where the shots were coming from. However, there was an instance where, and I managed to use only my ears to find out where I was getting shot from and put my enemy down.

Apart from that, the microphone quality was also quite good. My teammates didn’t have any problem listening to my voice commands, even when there was gunfire around us.

The Plugable ONYX (HS53) is a pretty great headset for only $50. The noise isolating and stereo features of this headphone are nothing you haven’t seen before, but the headphone does a pretty good job of it. There’s nothing especially fancy about the headset, but there’s not much to complain about either.

It is a good budget option for casual gamers and a solid first from Plugable. However, it is still a bit off from being able to compete with the industry leaders like HyperX or SteelSeries in this regard.

However, what this one has going for itself is the versatility in its uses and the super affordable price tag.