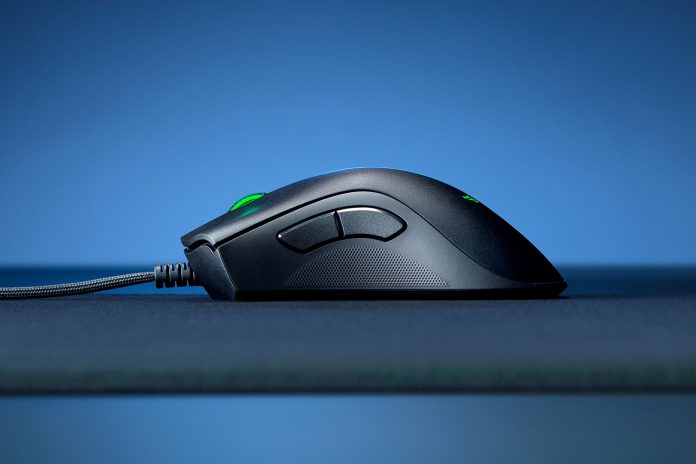 -The Razer DeathAdder v2 is the latest version of the world’s most popular gaming mouse, and its also the slickest version yet. While the design of the DeathAdder v2 remains mostly the same, it has received numerous upgrades to its specifications and materials, and it got even more lightweight in the process.

The Razer DeathAdder has long been one of the most iconic pieces of gaming peripherals in the industry and has honestly never felt better to play with than with the v2 version. It’s faster, lighter, and has received a ton of minor upgrades that together make a very noticable difference.

They swapped out the old 5G sensor with the new Focus+ 20K sensor, they implemented the brand new version of the Razer Optical switches, reduced the weight by more than 20g, added PTFE mouse feet and replaced the regular braided cable with a new Speedflex version.

The new Focus+ sensor is one of the quickest and most precise sensors available. It is the same used in the Viper, which is one of the most popular among professional gamers at the moment. It sports a ridiculous resolution accuracy of 99.6%, a max DPI of 20.000, and a 650 IPS tracking speed. On top of that, its also equipped with Smart Tracking that allows it to adapt to whatever surface it is currently on automatically.

The Razer DeathAdder has always been a great gaming mouse, but the v2 version takes it to the next level, and competitive gamers, in particular, will love the new and improved version.

Razer has not sold more than 10 million DeathAdder’s because it is not comfortable and well designed. The phenomenal ergonomics and feel of the mouse are exactly what made it so extremely popular, and the v2 version remains mostly the same in that department.

However, it has received one very noticeable upgrade. The new materials have reduced the weight significantly, and it now weighs in at only 82g, which makes it feel a lot better to use. Especially when playing fast-paced games like MOBAs and FPS’. This, combined with the new and lighter Speedflex cable and PTFE mouse feet, makes it far slicker than any previous version.

The Razer DeathAdder has always been a top performer and hugely popular among professional gamers, but they still managed to make slight improvements with the v2.

The new Focus+ sensor feels more reliable than the old 5G, and its ability to adapt to any surface instantly is nothing short of excellent. Especially if you play on a laptop and often move around and play on different surfaces.

That said, the difference between the old and new sensors is not very noticeable if you don’t know what to look for, and most gamers won’t feel any difference. But regardless of whether or not you feel a difference, the sensor is still incredibly quick and precise.

It has also been equipped with the latest version of the Razer Optical Switch, which feels the same in terms of response time but has been tested to be a lot more durable, which his always nice. It is worth noting that compared to regular gaming mice without mechanical switches, the difference in feel is major, and the Optical Mouse Switch is one of the reasons the DeathAdder is so popular. It just feels great to play on.

Final thoughts – Still one of the best

The Razer DeathAdder has always been one of my favorite gaming mice, so it was hard for me to put the finger on what exactly should be improved, but I think Razer did a good job at identifying its biggest flaws and improving on them.

In terms of specifications and performance, it was always one of the best on the market, but its weight was holding it back slightly. Now with the new and improved 82g design, it is even better suited for competitive gamers than ever before.

The DeathAdder was and still is one of the best gaming mice on the market, and its incredibly ergonomic design and the broad spectrum of specs make it great for both casuals and hardcore competitive gamers.