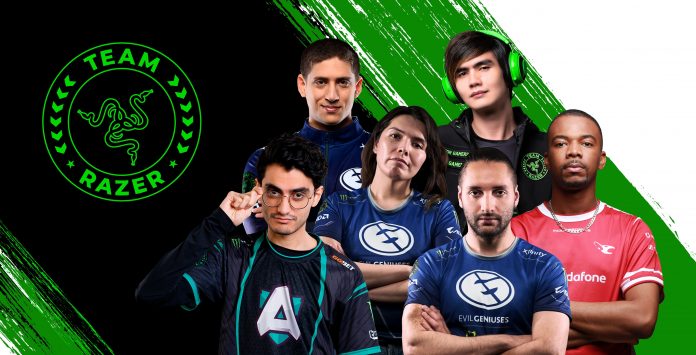 Razer has been a dominant force in the gaming space since 2005, well-known for its iconic green-lit gaming equipment. Over the last years, Razer has also turned its eye towards the world of esports with an ever-growing presence at events each year.

This has never been more evident than in 2019 with Team Razer showing up with record numbers at last weeks EVO and The International this week.

Razer has been continually working with professional esports athletes to create competitive gaming gear for many years. And Team Razer is now comprised of 18 top teams from 25 countries around the world.

“Razer is proud to have such a strong lineup of Team Razer athletes at these two massive esports showdowns,” said David Tse, Global Esports Director at Razer. “Their constant drive for excellence and their sportsmanship constantly inspire millions of gamers worldwide.”

The International(TI) is the biggest and most prestigious Dota2 tournaments of the year, famous for its outrageous record-breaking prize pools & impressive viewership.

The 2019 TI will take place August 20 – August 25, at the Mercedes-Benz Arena in Shanghai with a whopping 33 million dollar prize pool on the line.

This year Team Razer will be present at the event with two former champions, Alliance & Team Evil Geniuses—winners in 2013 and 2015 respectively. Both of which have received a direct invitation to this year’s event which sets them off to a good start.

You can watch the event over at the official Dota 2 channel on Twitch or StreamTV.

Team Evil Geniuses(EG) are one of the most experienced teams heading into TI9, having attended every TI since 2014 and even getting a podium placement at four of them.

EG is looking really strong for the upcoming TI9 and hopes that 2019 will be the year that they take home the Aegis once more. The International is an event that forces every roster to show what they are made off, and EG is one of the teams to watch out for going into TI9.

Alliance will be back to the scene that made them a top team in the Dota 2 scene when they took home the trophy in 2013. They are now a fully player-owned team which has built a big global following with many prominent players in their current and past roster, such as Henrik ‘AdmiralBulldog‘ Ahnberg, who is arguably the biggest Dota 2 streamer on Twitch.

Now they are back and ready to face any team at the event. “There is no word to describe the feeling,” said Loda when being asked about his team’s qualification to TI9.

Fans of Dota 2 should definitely keep their eye out for both Team Evil Geniuses and Alliance in this week’s TI.

Should you buy a special laptop for gaming?