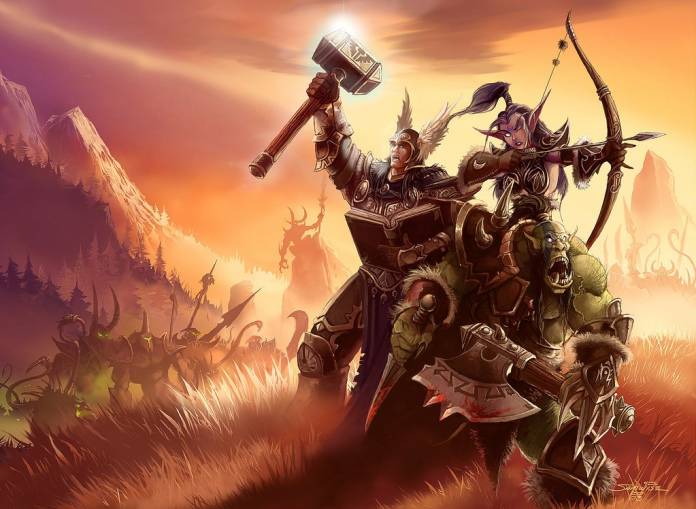 Update: Since this article was written, Kel’Thuzad has actually been released in Heroes of the Storm. However, we will keep our concept of him on this list for comparison.

10 Warcraft Heroes we NEED in Hots

One of the great things about heroes of the storm is that most heroes are well-known characters from one of Blizzard’s lore rich universes.

This adds a lot of excitement to each hero release.

It also allows the community to come up with hero concepts for heroes that are yet to be released.

In this post, we will take a look at our 10 most wanted heroes from the Warcraft universe.

This list is in no particular order but is just the 10 heroes we would be most excited about.

Next list will be about Starcraft and Diablo heroes we want. We won’t be doing one for Overwatch since the abilities are pre-set, which takes a lot of the fun out of hero concepts.

Note: We have left the primary abilities open to ideas/discussion unless they are essential to the heroes trait/heroic ability. We would love to hear your thoughts and concepts in the comment section!

Even though E.T.C is basically a Tauren, it feels like we still don’t have a real Tauren in Hots. So who better than Cairne Bloodhoof himself to represent the proud people of Mulgore. This is the guy who challenged Garrosh Hellscream to Mak’gora(a duel to the death) for his dishonorable actions as Warchief of the horde. A fight he would likely have won if it was not for Garrosh’ weapon being poisoned by Magatha Grimtotem.

Any hero strong enough to smack someone like Garrosh around deserves a place in the Nexus.

Few creatures have had the amount of impact on the Warcraft universe as the Dreadlord Mal’Ganis. As part of the Nathrezim, he and his brothers were charged by the Burning Legion with looking over the Lich King and the Scourge. He is most commonly known for the corruption of Stratholme, where Prince Arthas was forced to purge an entire city to keep the plague contained. Arthas vowed revenge on Mal’Ganis and followed him to the frozen waste of Northrend, where Arthas picked up the corrupted runeblade Frostmourne.

This was all a part of the Lich king’s grand plan. But Mal’Ganis played a crucial role in turning Arthas into a Death Knight. He is the most Iconic of the Deadlords, although not the strongest. Any Dreadlord would be a welcomed addition to Hots, but we think Mal’Ganis is the obvious choice.

Garithos is not known to most, but fans of the Warcraft 3 campaign may remember him. After the fall of Lordaeron, Garithos commanded the scattered troops as Grand Marshal of Lordaeron. What really makes Garithos interesting is his personality. He is an outrageous racist, and hate anyone who was not born a human. His racism eventually led to Kael’thas Sunstrider betraying the Alliance and founding the Blood elves.

Garithos would be a great addition to the nexus because of his racist voice interaction with almost every hero in the Nexus. But also because it would be an ideal way to bring in the iconic knight unit from Warcraft 3.

Heroes of the Storm is yet to add a Draenei to the Nexus, and the huge demand for new supports makes Velen an obvious choice. Velen is the leader of the Draenei and is also known as the prophet. Velen has unparalleled control over the light and is one of the wisest beings on Azeroth. Those are just a few of the many reasons, why Velen needs to enter the Nexus. Soon!

Mannoroth is one of the more influential characters in the Warcraft universe. He was the one to corrupt the orcs with his demonic blood, which led to many significant lore moments. The orcs bloodlust was ended when Thrall and Grom Hellscream went to face Mannoroth, culminating in Grom finally killing Mannoroth and freeing the orcs from demonic control.

Mannoroth is known for his unending thirst for blood, which could be an exciting way to bring a hero with a ”feeding” mechanic to the Nexus.

Archimonde should need no introduction. Left hand to Sargeras, and one of the most powerful beings in the Warcraft universe. To put his power in context: he eradicated the entire city of Dalaran with one spell.

His brother, and co-lieutenant of the burning legion, Kil’jaeden would also be a solid choice. They both have very different approaches to war, which could eventually allow for them both to be added to Heroes of the Storm. While Kil’jaeden prefer manipulative warfare, Archimonde likes the direct approach.

He’s one of the most iconic Warcraft villains and deserves a spot in the Nexus.

Onyxia is perhaps the most iconic boss ever from World of Warcraft. The boss fight represents the essence of RPG’s and is filled with memorable abilities to draw from. Need I say more than ”Onyxia wipe animation”?

While both Nefarian and Deathwing are iconic in their own right. We think Onyxia would be the best choice if a black dragon were to be added to the Nexus.

Kel’Thuzad is probably the most requested hero among the Hots community, and with good reason too. He has an intriguing backstory as a human mage of the council of six, who later went on to betray humanity and form the Cult of the Damned. He was the one to spread the plague in Lordaeron, that ultimately led to the kingdom’s fall. Mentor to Arthas as a death knight and lord of Naxxramas. His lore and titles go on forever, and he is a real fan favorite.

The concept of bringing a worker from either Warcraft 3 or Starcraft, has been a popular one on the Hots subreddit for some time. So we thought it right to come up with our own hero concept, where we choose the iconic Peon/Peasant from Warcraft 3.

This idea is interesting because it could bring in a whole new, wacky playstyle to Hots. Which is something we know the Heroes development team love and do well.

The possibilities are endless with this hero, for example, you could add additional buildings to the talent tree. This would be a great opportunity to add another truly unique hero to the Nexus.

Choose Race – On level 1 you choose between human or Orc. Each race with different benefits.

Human trait: Have the ability to upgrade ally towers into either cannon, guard or sentry towers. A maximum of 3 towers can be improved at a time. This trait can NOT be used with the TOWER RUSH! Heroic ability.

The Ashbringer alone should be enough reason to bring Tirion into the Nexus. If that isn’t enough, however, there is also his extensive and deep background story as one of the first paladins of the silver hand.

Tirion was thrown out of the order of the silver hand when he refused to execute the orc Eitrigg. After many years of exile, where he resided in northern Lordaeron(Eastern Plaguelands). He went on to form the Argent Crusade, an order dedicated to bringing Arthas to justice.

This is the hero who dealt the final blow to the Lich King, and with his death in wow’s newest expansion, Legion. There is, even more, the reason to bring this righteous paladin to the Nexus.[/expand]