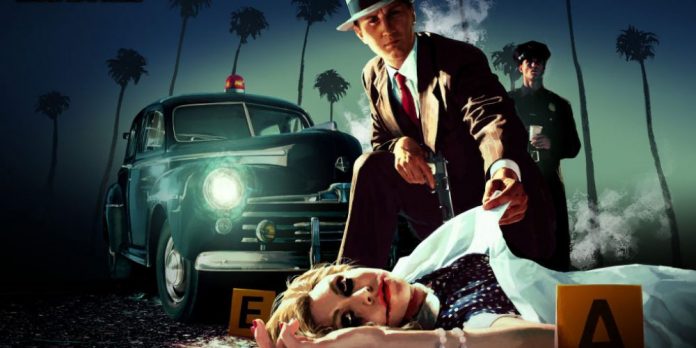 Virtual Reality (VR) is changing the gaming landscape by making the gaming experience more immersive. Compared to conventional gameplay where the gamer controls a character, VR allows the player to step into the shoes of the character and see the world from their viewpoint. As VR continues to rapidly develop, with Mark Zuckerberg stating that he plans to take VR far beyond gaming and apply it to sports and teaching, we look at four games that that could potentially change console gaming forever.

LA Noire’s developer Rockstar Games has just released LA Noire: The VR Case Files on Steam, which features 7 select cases from the original game rebuilt specifically for a VR experience on the HTC Vive. Rockstar will also be releasing the game for the Nintendo Switch, PlayStation 4, and Xbox One.

What makes LA Noire innovative is that it uses VR technology to take the gamer back in time to the 1940s. The game follows a detective who interrogates suspects in order to solve crimes. Players must catch lying characters based on realistic gestures and mannerisms. LA Noire is a good indicator of how realistic the gameplay of future VR games will be.

Star Trek: Bridge Crew is a title that allows gamers to join other players in commanding the U.S.S. Aegis spaceship. In it, players must work together to explore the universe and defeat enemies.

What gives the game a high replay value is the fact that it follows the bridge setup of the Star Trek TV series, from the rank of Captain to Ensign. Each player has a role to play in order to keep the spaceship operating as smoothly as possible. Star Trek: Bridge Crew is one of the first multiplayer VR games. In the future expect many more multiplayer VR based games that will require teamwork to fully enjoy the game.

Casino VR Poker is the first, real-world VR title that brings poker players together in a game room. Road to VR says that in July 2017, the game held a tournament with real-world prizes that included an Oculus Rift, playing cards, as well as hundreds of dollars worth of gift cards.

VR casino gaming is the latest in a growing trend of interactive gaming. It follows the concept of live casino games, which also allows players to interact with other people to create a more realistic gaming experience. VR poker has in many ways built on the technology developed by mobile-friendly casino games. One of the digital innovators is Slingo Live Casino that features live dealers that replicate the setup of an actual casino, which is also a key feature of VR poker games. Casino VR takes the poker experience even further by allowing players to be fully immersed in a cyber casino room opposite fellow players, as well as interacting with the environment’s objects. As the technology develops expect to see more fully immersive digital gaming rooms.

Here’s something for the casual gamers out there. Moss is a fun VR game being developed by Polyarc studios. It tells the adventure of a mouse named Quill, who is on a journey to save her uncle.

While players will mostly be controlling Quill, they will also be manipulating the field of play. In it, players can interact with the environment while guiding Quill through her journey. As a multiplayer game, players must work together to solve puzzles, conquer obstacles, and fend off danger. Moss is a good example of how traditional gaming genres, like platform games, will seamlessly integrate VR into their gameplay.