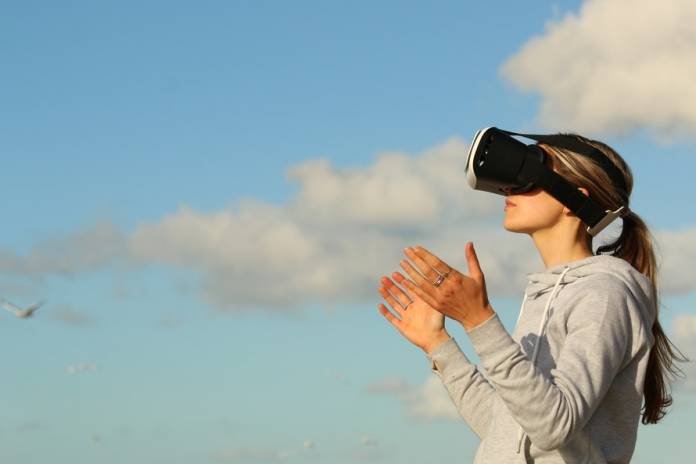 I think we can all agree that everyone with an interest in gaming is dying to try out virtual reality for themselves.

But which VR system is the superior one?

We decided to test and fully review them, to help you find the perfect system for you.

In this review, we will take a look at the PlayStation VR and the HTC Vive. We will start by reviewing them separately, and finish with a head-to-head comparison. In case you are wondering why the Oculus Rift is not in this article, it’s simply because it is nowhere near as good as either the PSVR or the Vive.

We will be focusing on these main factors when reviewing the VR headsets:

Sony’s Playstation is undoubtedly a major player in terms of console gaming, arguably even the biggest. This is nothing new, and ever since the PS1 entered the market in 1994, it has stayed on top as one of the most popular gaming consoles in the world. The amount of experience that Sony now has in terms of developing gaming systems truly shows with the PSVR.

The PSVR is considerably lighter than any of the other VR headsets on the market. This makes it so that you can play endlessly long on the PSVR without feeling any sort of fatigue, which is obviously a huge plus.

The headset can fit pretty much any person, regardless of head shape or size. This is because it has a TON of adaptability, so whoever you are you can find a perfect fit for you. However, this can actually be a minor problem. Even Though it’s great that it can be adjusted to fit any person perfectly, it is not that easy to find that perfect sweet spot. The PSVR also allows a lot more air in once you have the headset on, which can at times cause fogging on the screen. This problem does not occur once you have the perfect fit though. But my biggest problem is that it almost resets the adjustment once you take it off, meaning that you will probably spend some time adjusting it before every use.

The PSVR is decently straight forward to set up compared to that of the Vive. This is mostly due to the fact that it uses cameras instead of sensors, and these can be simply set atop the PS or whatever you prefer. But because it uses cameras it also means you are required to face them, in order for the VR system to function properly. But besides that, it is no harder to set up that a regular Playstation.

It is worth noting that you need a couple of extra things in order to set up the PSVR. Such as the Playstation Move controllers and the PS camera, which is why we recommend buying a VR bundle if you do not have those things.

This is where we were fearful of the PlayStation VR system, simply because it has lower resolution on paper than that of the Vive. But this is where Sony shows off their expertise in gaming. Because they actually manage to deliver graphics on par, if not better than that of the Vive. So no matter how many places may say that the PS VR is inferior in terms of graphics, it is simply not true. We have also yet to have any kind of stuttering or drop in frame rates while playing on it. Which is a tremendous accomplishment when you consider how young this VR technology is.

The Playstation 4 Pro is also coming out very soon, which will only increase the graphical capabilities of the PSVR. Not that it need it, as it is performing outstanding graphics already on the normal PS4.

The PlayStation VR definitely has the most attractive game titles. With games like Until Dawn and Batman VR being hugely anticipated and well received. And I must say that entering the bat cave is probably my best experience to date on a VR system.

This is where the PSVR starts to struggle compared to the Vive. However, this is mostly only if you have a big enough room to take advantage of the Vive’s room scaling technology. If that is not the case, then the PSVR again manages to perform quite well.

It has to be said though, that the system the PSVR uses with the cameras is simply not as good as the infrared technology of the Vive. Not only is it slightly less accurate and a little clumsy, but it also requires you to be facing the camera so that it can see the Move controllers physical light. So this means that you cannot interact with the entire room in the same way that the Vive allows you to. But unless you have a big enough room for the Vive, the PSVR does an almost equal job of immersing you in the VR experience.

Buying a great gaming headset with surround sound can really improve the immersion. We have made a list here if interested.

When virtual reality was announced a couple of years back, I honestly thought it would be at least 5 or 10 more years before the general public would be able to afford it. But the PSVR, in particular, is very affordable, especially if you already have the move controllers and the camera. And even without these pieces of equipment, the PSVR bundles including it all is also very reasonably priced. It is only if you don’t already have a PS4 it can start to get a bit expensive.

The Vive has been out for longer, and that really has some advantages. It is also considerably more expensive, but that money is also really well spent. The big difference between the Vive and the PSVR is the fact that the Vive is a PC VR headset whereas the PSVR is only for the PS4.

Even with the amount of experience that Sony has in the gaming sector, the Vive manages to outperform it on several important factors.

The Vive is a bit heavier than the PS headset, but not enough for it to impact the comfort negatively. In general, the Vive is actually considerably more comfortable, probably due to the more expensive design. Where the PS has thin rubber the Vive has a thick foam, much similar to skiing glasses. This makes for a much better fit and also completely removes fogging.

It does not have the same adjustment capabilities, but it has a better ergonomic fit than any other VR headset. This makes it very easy to find a perfect fit, and also limits the time you have to spent adjusting the headset. In conclusion, the Vive is superior in both fit and comfort.

The Vive is more complicated and therefore takes longer to set up correctly. However, the extra complexity can be very much worth it.

The difference here is that instead of a camera you have 2 sensor lightboxes. These can be simply be put down on your desk or wherever, but that will not give the maximum effect and if you do that you might as well get the PSVR. The lightboxes are supposed to be attached to the walls in the room, very much like a surround sound. This can be a bit of a hassle, but with the lightboxes, you get a full room scale technology that the PSVR cannot compete with.

The HTC Vive has been out for quite a bit longer than the PSVR. This means that there is generally a much bigger array of games you can play. It is also worth noting that the games are generally much cheaper than on the PSVR, so the Vive can actually be cheaper in the long run.

On paper, the Vive has stronger visuals, but this is not why you should get it. Even though the graphic capabilities are just as good as on the PSVR, they do not manage to be better, even with the extra power put into them. Much like the PlayStation VR, there is no problem with stuttering or sudden drops in frame rate. So all in all, the gaming performance is almost equal amongst the 2.

This is where the Vive destroys any and all competitors, and why you should get it. The sensor lightboxes create a fantastic full room scale, which really makes it feel like you are truly there yourself. As an example, in one of the games I played on the Vive, I dropped a piece of paper behind a desk in the game. Now on any other VR system, this would mean that I would have to restart the game if I wanted or needed that piece of paper. But with the Vive room scale technology, I could simply go down on my knees and crawl under the virtual desk and pick it up. Which I found to be truly amazing, and it is things like that, which creates true immersion.

Immersion is, in my opinion, the biggest and best reason to get a VR headset. And it is hard to explain just how fantastic a VR headset can make a game which would have been less than mediocre on a normal PC.

The big question here is: do you have a room big enough to take advantage of the room scaling system?

If you don’t have room to move, then the immersion is not much better on the Vive than on the PSVR. Although the sensor technology is also a bit smoother and more accurate than what the PS camera can offer.

Now, this is probably why a lot of people will pick the PS VR over the Vive. And it is really circumstantial whether or not the Vive is worth the extra money.

First of all, you need a decent PC to run it smoothly, but not a high-end PC necessarily. So if you already have a desktop, it is already a whole lot cheaper. We do not recommend playing it on a laptop unless it is really high-end.

As mentioned earlier, the games are cheaper on the Vive. So if you intend on buying a lot of games, it is not really more expensive than the PSVR.

So Which is Better?

That really depends on what you are looking for. Since both systems have huge advantages and disadvantages over each other. But we will try to narrow it down, and hopefully, this will help you pick the perfect VR system for you. We highly recommend you read the full reviews instead of the introduction only, so we can really help you find the fight fit for you.

You Should Pick the PlayStation VR if:

The PS VR is an excellent VR system for anyone looking to try it out for the first time. It is also very reasonably priced and yet manages to deliver in terms of graphics and quality.

You Should Pick the HTC Vive if:

The HTC Vive is in our opinion the best VR headset currently on the market. Simply because the full room scale system creates an unmatched immersive experience. On top of that, it performs on par with or better, than any of it competitors on any important factor.

The lesson here is that there is no universally best pick. It depends on you personally, and hopefully, this article gave you the knowledge required to make the right decision.