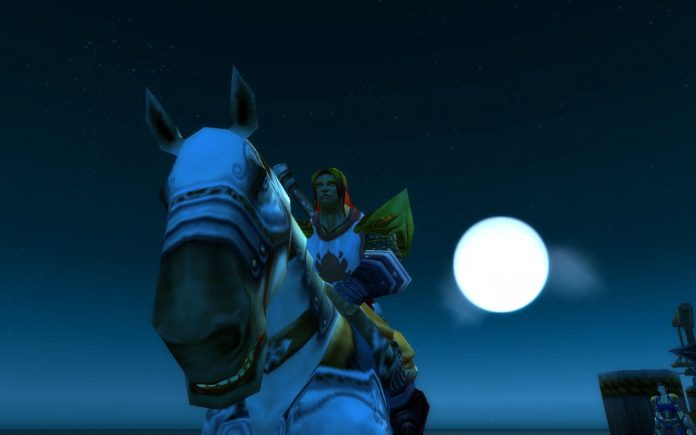 Back in April 2016, the incredibly popular private World of Warcraft vanilla server Nostalrius got effectively closed down after receiving a cease and assist letter from Blizzard. Which created a massive community outcry for official legacy servers, which are servers that run on past expansions, in this case, the original vanilla World of Warcraft from 2004.

But was pristine realms a flawed concept? Or a brilliant idea presented at the worst possible time?

Note: Pristine realms would just be an OPTION, all regular servers would run as is.

What are Pristine Realms?

This is the concept that vice director of World of Warcraft J. Allen Brack presented to the community back in 2016.

So what can we do to capture that nostalgia of when WoW first launched? Over the years we have talked about a “pristine realm”. In essence that would turn off all leveling acceleration including character transfers, heirloom gear, character boosts, Recruit-A-Friend bonuses, WoW Token, and access to cross realm zones, as well as group finder. We aren’t sure whether this version of a clean slate is something that would appeal to the community and it’s still an open topic of discussion.

Here is the original discussion from the WoW forums.

The overall idea is to remove a lot of the convenience and time efficient tools we have in World of Warcraft today, to recreate the community and classic RPG feel of vanilla World of Warcraft.

While Allen touches on the right things, we’d like to see some additions to the idea.

Example of a Pristine Realm

Possible addition to the pristine servers

Next to no Development time is crucial for it to work

One of the biggest reasons that Blizzard did not want to create legacy servers is that it would need too many resources, which ultimately would take away from the live game. At least that is what Blizzard stated as their official reason for not creating legacy realms. This is where the vast difference between legacy and pristine realms shows. Whereas a Legacy server would take a lot of the developers time and hurt the current flow of content, pristine servers would receive the same content and run on the live versions of the game.

Which would ultimately mean that pristine realms could be done with very little effort from the WoW team. Simply creating 1 PVE and 1 PVP pristine server would mostly be a one-time effort.

Now that we have taken a look at the core concept let us look at why pristine servers might be great.

Before cross realms, the WoW community had a whole other ring to it. You knew the guilds on your server, and you knew who the best PVP players were and just standing around your capital city you likely knew a lot of the people there as well.

This all changed with the cross-realm feature. While some sense of community remained after the first implementation of cross-realm, it did not survive the addition of cross-realm zones. This meant that your server got paired with other servers to help low population servers and create a more populated world. Meaning that almost every single social interactions are to a certain extent pointless, as you will never see or speak to those people again unless you add them as friends of course. But the incentive to interact with each other was greatly diminished.

World of Warcraft is an online game, and as such we do have anonymity. However, before cross realms, your character was not entirely anonymous. Whether you were known for ninja looting, being a top end raider or were yet to create a reputation for yourself, for better or for worse, your actions mattered and had repercussions.

Even looking at the above screenshot from my time in The Burning Crusade to this day I still recognize several names and guilds. Whereas today, I would not be able to mention a single person from my realm beside my guild members or real life friends.

”Why raid or attempt to better myself when I can see all raids and get mythic raid level gear from Looking for Raid?” That is the question that a lot of current WoW players are asking themselves and it is a fair question.

I hear a lot of people arguing that without LFR the entire casual player base would leave and WoW would die out. I do not believe that for one second, while it is true that the vast majority of the WoW player base are casuals. It was not much different back in 2005, there might have been more ”hardcore” players than today, but the vast majority were still casuals or at least people who did not participate in high-end content.

Naxxramas(40) is an excellent example of this. While I never got to see it from the inside, it created a certain amount of mystery and desire to better my self.

If you played the Witcher 3 one hour a week for a year you wouldn’t get to see the whole story play out, why should WoW be any different? The current state of mind that ”everyone should see and get the same” is incredibly unhealthy for the game. World of Warcraft is a MMORPG and as such, a game where character progression should be at the core of the game. Pressing a button and defeating the end game boss while receiving free loot is not character progression.

The removal of LFR would probably not be a success on regular live servers, but I firmly believe that it would create a better experience on a pristine realm and incentivize a lot more people to try content outside of heroic dungeons and LFR.

No Character Transfer or Boost – A Fresh Start

This is probably the most compelling part of the pristine server concept. A server where everyone starts fresh at level 1, with harder leveling and no cross realm zones. This would put the RPG back in World of Warcraft and probably strengthen the concept of having a ”main” character to progress.

Going through MMO-Champion, Wow Reddit or the official forums make one thing clear. The current player base is torn on several massive issues. Whether it’s LFR, Flying, or Titanforging, people do not agree.

Pristine realms could create a place for the players who cry out for the removal of LFR, Titanforging, etc. And in turn, make a more substantial part of the player base happy with the state of the game.

Pristine Realms and Legacy Servers are NOT the same

Not everyone wants to play on a pristine realm, and no one should be forced to do so. They would not function as a replacement but rather an additional option for those who miss the sense of community or just wants a fresh start.

Pristine realms should not be seen as an alternative or replacement to legacy servers but as its own separate thing.

Those who still desperately want legacy servers should not see this as an insult to their wishes but rather the fulfillment of someone else’s. I used to be incredibly passionate about having legacy servers added to the game but ever since pristine realms where suggested they have been my biggest wish for World of Warcraft.

In many ways, World of Warcraft is better than it has ever been, so playing on live servers with adjustments like these would create the ideal experience for me personally. And looking around forums and Reddit it is clear that I am not alone in my desire.

Now that we have discussed the possible upsides to having pristine servers let us take a look at why it might not work.

When pristine servers were first suggested, it was met by a very loud and outspoken group of people that was very passionate about having legacy servers. People who saw the mere suggestion as an insult, which is to some degree understandable. People who want legacy servers do not necessarily want to play the current version of WoW, adjusted or not. Just like people who wish to play on pristine realms do not necessarily want to play on a legacy server.

Seeing as it was Blizzard themselves who suggested pristine servers, it is pretty safe to assume that they know it can be done without spending too many resources. However, a lot of people would fear that it would take away from the development of the live game. It would possibly be a PR nightmare to announce it from Blizzards point of view. Or at least too big of a risk.