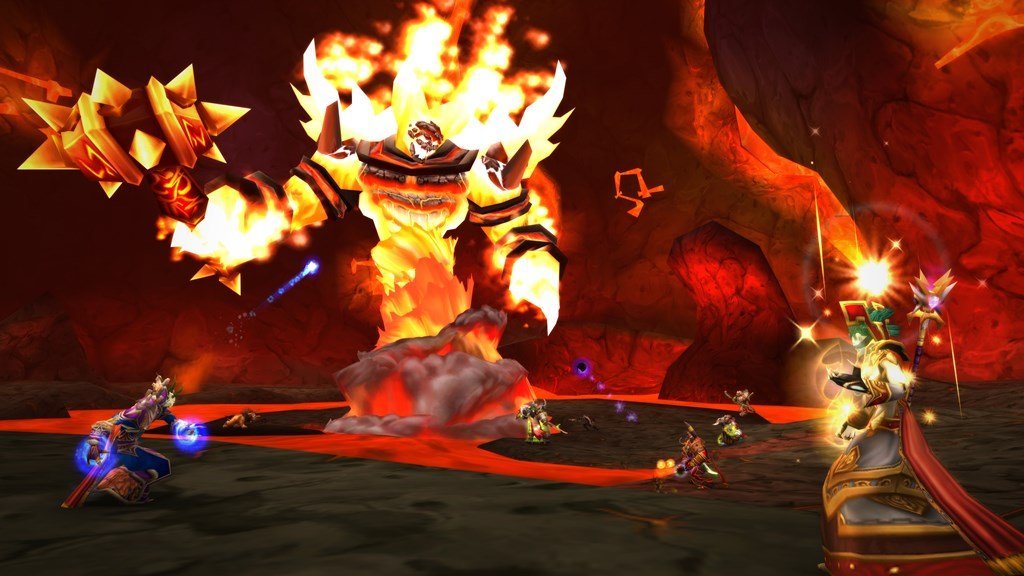 Earlier this month we had our first look at World of Warcraft Classic with the first official demo that was available to anyone with a Blizzcon virtual ticket.

A demo that was a lot more enjoyable than it had any right to be, considering there were only two zones to explore and you could only level from 15 to 19.

However, I have had Classic on my mind these past weeks, and one of the biggest questions surrounding World of Warcraft Classic is this: What happens after Naxxramas? The last raid of Vanilla World of Warcraft.

In this article, we will discuss all the different options, which we would like to see, as well as the pros and cons of each solution.

Not sure what class to play yet? Here is our full class picking guide for Classic Wow.

Let’s get the obvious answer out of the way. The most straightforward answer to this question is releasing the expansions as they did back in the day.

What happens after Wrath of the Lich King?

The problem with this approach is that the Legacy servers will eventually make its way to the later expansions that the World of Warcraft Classic crowd generally doesn’t like.

World of Warcraft is a product meant to last for years and this solution would almost have an expiration day as the original Classic server crowd would likely not want to continue onward from Wrath of the Lich King.

Blizzard could choose to release brand new Classic Wow servers with the release of each expansion though, which would make sure that the die-hard Vanilla and The Burning Crusade fans always have a fresh server to play on, which is something I think they should do no matter what they release post patch 1.12.

I would be absolutely fine with this solution as I am so excited to relive both Vanilla and The Burning Crusade but it does have some obvious issues.

If you ask the Vanilla World of Warcraft fanbase, every expansion had its glaring issues, even The Burning Crusade and Wrath of the Lich King.

TBC introduced flying, Wrath had dungeon finder and general trivialization of a lot of content, Cataclysm had the Looking for Raid feature and Transmogrification, and the list goes on from there.

But what if they didn’t?

What if Blizzard introduced the expansions as they were in a progressive fashion but chose to remove the ”anti-classic” features from said expansions. So when Wrath of the Lich King comes around there will be no Dungeon Finder, when Cataclysm comes there will be no Azeroth Flying, no Looking for Raid and definitely no Transmogrification.

It would be so exciting to see the later expansions without all of the quality of life additions that were added over the years — no sharding, no Cross-realm zones, no transmogrification, no leveling boosts, no heirlooms, no queuable content, etc.

But what about flying?

Don’t get me wrong, I think flying was a bad addition to the game as it allowed you to essentially ”skip” the world and the people in it when playing. However, flying is essential in some places such as Netherstorm to reach the dungeons and raids, and in Storm Peaks and Icecrown to even complete the zones, and so on. They could obviously just add a ton of flight paths to replace the feature entirely but then what about the Netherwing Drake and other flying mounts iconic to the expansions?

I would be okay with flying being replaced entirely with flight paths, but as long as they never introduce Azeroth Flying from the Cataclysm expansion, I am pretty okay with flying.

I would very much prefer this approach to the regular progressive release of expansions as this might allow me to enjoy the later expansions to the same extent as I did with Vanilla and The Burning Crusade. Don’t get me wrong, the newer expansions have had fantastic content and beautiful areas to explore, but it was always ruined a bit for me by the philosophy of the modern World of Warcraft.

Post 1.12 patches is also a popular option that Blizzard could go with, and it is done incredibly well by Old School Runescape, the official Classic servers for Runescape. They keep releasing new patch content but without messing with the original formula.

There are much more scrapped content from Vanilla World of Warcraft, such as the Stormwind Vault and even Northrend but this is just to give an overview of how many ambitions they had for Vanilla that never saw the light of day. Perhaps World of Warcraft Classic could be the second chance for some of those ambitions.

Now, they don’t have to go with the old scrapped content, they could also create entirely new zones and dungeons, but I think building on the content meant for Vanilla would stay more true to the original game.

I would absolutely love this approach as long as each zone did not completely nullify old content like new patches does today. That said, that is the issue with this, adding so many patches with no real scaling in gear and difficulty could be bad for the game, and if they increase it too much, the older Vanilla content such as Molten Core and Blackwing Lair could suddenly become obsolete.

Likeliness: If World of Warcraft Classic does exceptionally well, then maybe.

Probably the least likely option on this list for various reasons but I think it’s worth mentioning either way. It would take a tremendous amount of work and for this to even be discussed internally by Blizzard, World of Warcraft Classic would have to exceed all expectations. But what if?

I think World of Warcraft Classic has a lot more potential than most people give it credit for. Look at Old School Runescape, another revitalization of an original product and it actually supersedes the modern version in subscribers. To be fair, Runescape’s appeal is not as broad as World of Warcraft’s so it makes sense that Runescape players, in general, prefer a more ”Oldschool” approach to MMO’s. However, let us say that World of Warcraft Classic does a lot better than Blizzard expects it to then this is a discussion that Blizzard needs to have and providing original content for the Classic version is definitely one of their options.

But what about the lore? Which Wow is Canon?

World of Warcraft Classic did something incredible. It introduced us to this vast, exciting world without giving us an overarching narrative but instead gave us hundreds of different smaller storylines.

I think a potential World of Warcraft Classic expansion could work if they continued down the same path with storylines that focused more on character pieces and not world-ending villains. Stories that make sense in a pre-The Burning Crusade era and doesn’t go against the canon.

They could also use all of the content that was initially planned for Vanilla that we mentioned above and wrap it all into one major expansion pack.

Just like with the patches, using content that was meant to be released in 2006 would likely feel like a decently authentic Vanilla experience. It would allow them to create an expansion that takes place in the original Azeroth without all of the dreaded quality-of-life additions that came with later expansions.

World of Warcraft Classic is still an incredible game, and that has nothing to do with nostalgia. However, it isn’t the class balance or incredibly simple bosses that makes it so good which some Vanilla fans seem to believe.

Having bi-yearly Vanilla server releases with some minor changes to stuff like class balance or raid difficulty could help keep Vanilla interesting without messing with the core formula.

In a way, some changes would almost be more authentic because it would bring some mystery back to the game which is the one thing about Vanilla Wow that an authentic Classic server cannot recreate.

An example and one that I would be interested in trying out is a hardcore version of World of Warcraft Classic.

This could include significant buffs to dungeons and raids throughout the game, and maybe even minor nerfs to the highest performing classes, talents, and items.

This would make everyone reconsider class compositions in raids, tactics on most bosses, ”best-in-slot” item lists, talent builds and generally just bring some mystery back into the game.

Would also be interesting to see Vanilla as we know it but with a complete rebalancing of classes, raids, and items.

A Vanilla World of Warcraft where Elemental Shamans and Retribution paladins aren’t useless damage dealers and Druids and Paladins can help the warriors out with the raid tanking.

The exciting thing about this concept would mostly just be to see everyone having to rediscover the game and reconsider everything from boss tactics to talent builds.

However, I don’t think the demand for this option is very high, and while I would love to play a hard mode version of Vanilla, I don’t think we’ll ever get that option.

Likeliness: Wouldn’t count on it.

What if you just want to raid Molten Core and Blackwing Lair forever?

Blizzard will have to provide an eternal Vanilla server or release new servers every other year, or we will have the same problem in a few years again, where WoW Classic is not officially playable anymore.

An ”Eternal Vanilla” server could easily co-exist with any of the other options on this list, but it is worth mentioning because I know several people who would be happy to play the same Vanilla World of Warcraft server forever without any new content or changes.

As soon as Blizzard has rebuild World of Warcraft Classic for the modern BattleNet client they might as well keep a few of these servers going for those that want it.